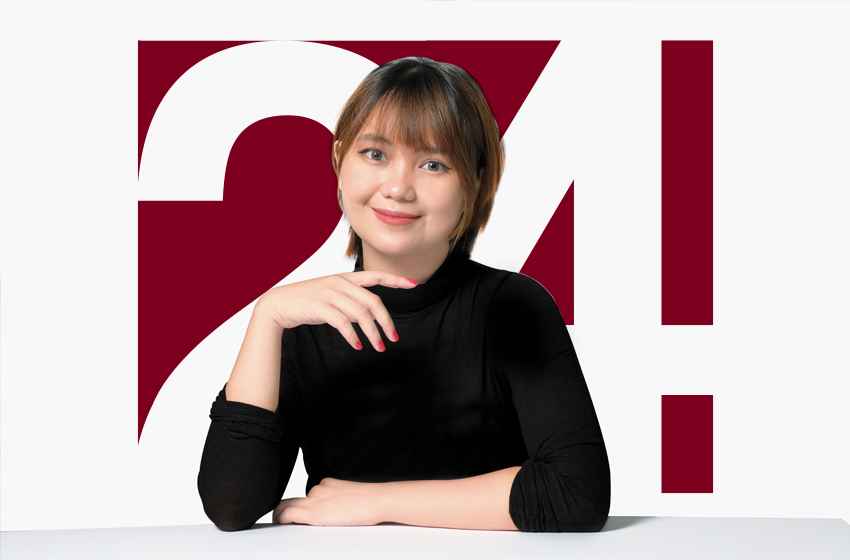 It was a breathtaking year of harm in retreat. We could not put it more aptly. And it is much cause for celebration.

From the economic crisis to the public health to personal safety and wellbeing, harm has rushed out of the door, hit the road, and hopefully gone for good.

The excruciating pain of the pandemic-triggered economic crunch is easing. The inter-agency Development Budget Coordination Committee retained the 7-percent to 9-percent growth target for the Philippines, as measured by gross domestic product, for 2022 and the 6-percent to 7-percent target for 2023 and 2024.

The Asian Development Bank said the economy would grow 5.1 percent in 2021 and 6.0 percent in 2022. The World Bank also upgraded its 2021 economic outlook for the country to 5.3 percent, higher than its projection in September at 4.3 percent.

While the holiday revelry, family celebrations, and public gatherings are largely blamed for the resurgence of cases over the Christmas weekend, the situation in the country has generally improved with health authorities and medical experts advising extra caution to avoid infection as we braced for the New Year.

On a personal level, harm has also been dealt a diminishing blow. That is, harm inflicted by tobacco smoking.

A safe zone has been ripped wide open for consumers of tobacco products, and we have our very discerning, socially sensitive lawmakers to thank for.

Voting 19-2-2, the Senate has approved on final reading a proposed measure seeking to regulate vaporized nicotine and non-nicotine products. Senate Bill 2239 or Vaporized Nicotine Products Regulation Act proposes to restrict access to vaporized nicotine products or vapes to 18 years old and above. It lowers the minimum age for e-cig use from 21 as provided under the excise tax law.

The bill seeks to require retailers to verify the age of buyers by presenting any valid ID indicating the age and birth date. If enacted into law, the Department of Health and the Department of Social Welfare and Development “shall provide appropriate intervention programs for minors caught selling, buying, or using vapes”.

The House of Representatives approved on May 25, 2021 its version—House Bill 9007 or the proposed Non-Combustible Nicotine Delivery Systems Regulation Act, which recognizes THR as a public health strategy.

HB 9007, a consolidation of 23 bills authored by 154 representatives, seeks to establish a clear and effective law and regulation, including product standards to govern vaporized nicotine products which are considered non-combustible alternatives to cigarettes.

It expressly declares as a policy of the State “to consider harm reduction measures as a public health strategy by ensuring that non-combustible alternatives to cigarettes are properly regulated”.

SB 2239 and HB 9007 aim to fill the gap in local regulation amid the proliferation of sale and use of HTPs and vaping products among Filipino consumers.

Advocacy, consumer, and industry groups who vigorously supported the measure, described the Senate move as a victory for public health and marks the beginning of the end of smoking in the country.

The groups, which have launched an active campaign on social media to gather massive support for SB 2239, would provide more than 16 million Filipino smokers with better alternatives to combustible cigarettes.

They commended the Senate for upholding the rights and welfare of Filipino smokers.

As of 2020, more than 80 countries, including the Philippines, had no specific laws yet regulating vaporized nicotine products.   Sen. Ralph Recto, the sponsor of the bill, said it best: “It is good public policy for people…. Why? Because it is less harmful.”

We thank Senator Recto and the rest of the Magnificent 19 in the Senate and the majority in the House for shepherding the bills in both chambers.

The deft legislative work was greatly complemented and vigorously supported by advocates and champions of tobacco harm reduction as a pillar of public health policy.

Our lawmakers stuck to their guns and remained impervious to both forceful and persuasive efforts by Bloomberg and its allied/funded NGOs to torpedo THR and prevent safer alternative tobacco products from landing on the retail shelves.

So pervasive had been the anti-THR campaign that even key or frontline government agencies were on the receiving end of “endowments” from the cash-rich US charity to set policy baselines precluding all tobacco alternatives by banding them as “one and the same as the real thing”,

As THR is our animating spirit, battle cry, and continuing mission, our hearts overflow with hope for a better, brighter, fuller life ahead with the window of choices now open for consumers.

Indeed, the legislative feat is a validation of the concerted, uncompromising action taken by campaigners, medical and health research organizations, and consumer support groups committed to promoting THR.

The spirited discussions and exchanges guided by scientific findings by academics, independent experts, non-government institutions, quasi-state entities, and even state regulatory bodies have enabled the public to make sound judgment calls about their personal consumption.

Their heroic efforts have led to a greater public awareness of THR and safer alternative products consumer can now access and enjoy.

Rest assured this site shall remain steadfast in its embrace and propagation of THR with the help of media partners discussing less harmful alternatives to combustible tobacco products since 2016.

As we breast the New Year with renewed vigor and reinforced courage, we vow to give the latest developments on THR in general and safer alternative tobacco products, among other consumer items in particular.

In my personal capacity as head of Maximum Media Inc. that publishes 24SHARE updates, I promise to keep the national conversation going, fire up the debate, and heighten public awareness and consumer education about personal health, safety, and well-being.

We reiterate our mission to be both a conveyor belt and an exhibit hall for information—research findings, scholarly output, discussion, survey/poll results, policy statements, industry positions, consumer petitions, and other public documents – covering any and all aspects of harm reduction.

As Plato said: “Those who tell stories rule society.”

If this is the case, as communicators, we should never forget the power of narratives to engage audiences and animate them into action.

We offer free and open space, platform, sounding board, and a clearinghouse for a greater public understanding of harm reduction.

We stick to our belief that only through unfiltered, unfettered public discussion can all stakeholders gain a deeper understanding and appreciation of the problem.

We believe that well-informed netizens are well-armed. Accurate or factual information is the key.

Thus, we give zero tolerance to misinformation or disinformation here. All contributed/volunteered entries/items are fact-checked and vetted for authenticity, veracity, and reliability.

In short, we guarantee all postings to be of unassailable integrity.

We aim to keep the platform inclusive to those with legitimate stakes on the issue. This way, all exchanges would be mutually beneficial and reinforcing.

A force of light and good necessarily opposes the Dark Side.

Therefore, we are committed to expose all deceptions, lies, and fraud that have been promoted and tolerated to render harm reduction irrelevant.

Indeed, the greatest triumph of evil is the propagation of the notion that it doesn’t exist.

Thus, only by smashing the Big Lie about harm reduction with the collective will of all committed stakeholders can we let the light of truth shine through.

A shared link, a common front is not only formidable; it is unbreakable, unbeatable.

Ours is a continuing mission simply because harm is a constant threat on all fronts.

We extend our open invitation: Join the movement and be a force of truth and factual information.