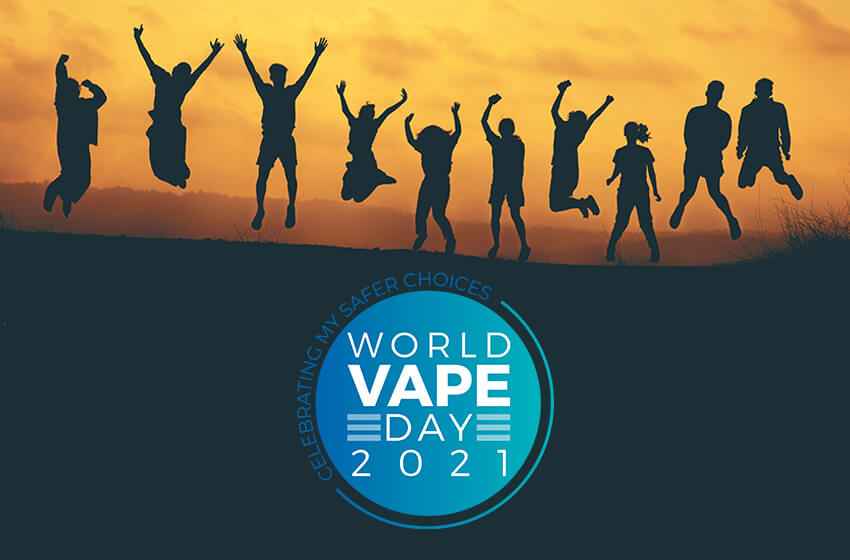 World Vape Day this year is an unprecedented success with social media engagement about the annual global celebration up considerably, according to the Coalition of Asia Pacific Tobacco Harm Reduction Advocates (CAPHRA).

“The social media analytics for World Vape Day are impressive. It enjoyed huge growth in the number of postings, followers, and positive comments. Without doubt, #WVD21 gained much more traction than 2020’s event,” says Nancy Loucas, Executive Coordinator of CAPHRA.

In fact, some estimates report a 125% increase in Twitter traffic about World Vape Day from 29 May to 2 June compared to the same period last year.

This year’s World Vape Day, on 30 May, highlighted smoke-free products as ‘the better choice’ to combustible cigarettes which are linked to more than eight million premature deaths each year.

CAPHRA and consumer advocacy groups in the Asia Pacific region called on the World Health Organisation and governments to provide smokers with better access to innovative, safer nicotine products. 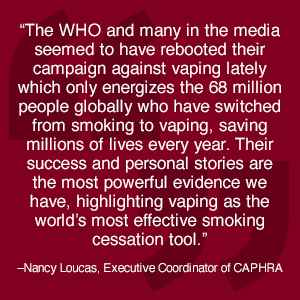 “The WHO and many in the media seemed to have rebooted their campaign against vaping lately which only energizes the 68 million people globally who have switched from smoking to vaping, saving millions of lives every year. Their success and personal stories are the most powerful evidence we have, highlighting vaping as the world’s most effective smoking cessation tool,” she says.

CAPHRA says #WVD21 was further energised in Asia Pacific by the fact that much is happening in the region – both for and against Tobacco Harm Reduction public policy.

The Philippines House of Representatives passed landmark risk-proportionate legislation to regulate vaping just days before #WVD21 which the Senate is expected to pass in the coming months.

Peter Paul Dator, President of the Philippines consumer group Vapers PH and CAPHRA member, says excitement is building ahead of the Senate’s approval given the country’s stubbornly high smoking rates.

“If you judge it on information, views, and support exchanged across our social media platforms, World Vape Day this year was undoubtedly the biggest we’ve seen in the Philippines. It was boosted by the fact it’s a really positive time as we await the Senate’s formal support for vaping,” says Mr Dator.

Interest in #WVD21 was also up in New Zealand. Helped by its Parliament unanimously passing an act to regulate vaping late last year, with the country’s smokefree goal now also a greater priority for the Government.

Meanwhile across the Tasman, many of Australia’s 500,000 vapers were engaged with World Vape Day out of growing desperation.

As from 1 October, their Therapeutic Goods Administration is implementing a prescription-only model for nicotine vaping. Advocates pushing for vaping to be legalised in Australia describe the added requirement for ex-smokers sourcing vaping products from overseas as a slap in the face.

“There are many factors that came together to make #WVD21 the biggest yet. Governments and the media can no longer discount the growing global support for adults’ right to choose a healthier smoke-free lifestyle,” says Nancy Loucas.

Consumer groups in the Asia-Pacific region have launched a petition at change.org/v4v-petition that urges the World Health Organisation (WHO) to respect consumer rights and to stop demonizing Tobacco Harm Reduction options ahead of the next biennial meeting of the WHO Framework Convention of Tobacco Control (WHO FCTC) in November.