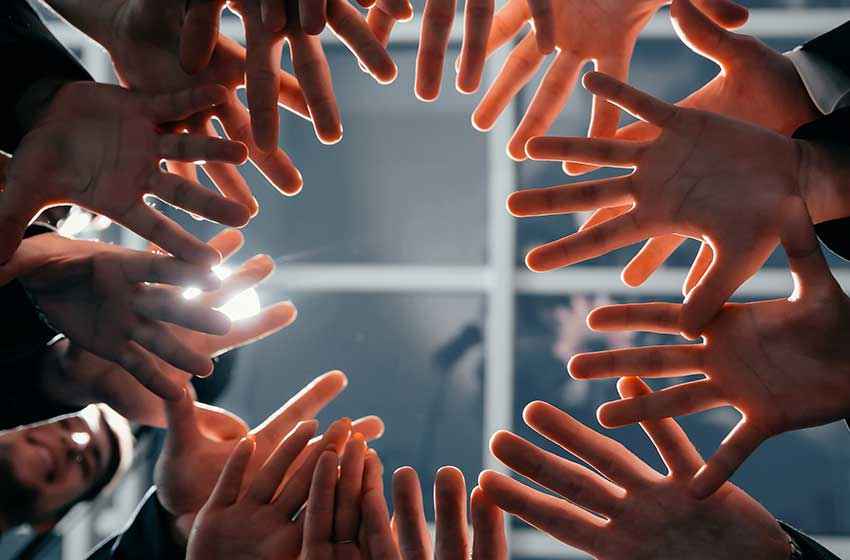 Electronic cigarettes may be an inclusive harm reduction strategy for African American and Latino/Latina (Latinx) smokers, according to the findings of a groundbreaking study.

“African American and Latinx smokers experience significant tobacco-related health disparities. They have high rates of tobacco-related morbidity and mortality at lower levels of smoking, and are also less likely than white smokers to switch to exclusive e-cigarette use. These two largest minority groups in the US have been underrepresented in previous e-cigarette studies. Prior to our study, the potential of e-cigarettes to reduce smoking-related harm among these groups was unknown,” said Prof. Jasjit S. Ahluwalia.

Ahluwalia was one of the panelists during the In Focus: Tobacco Harm Reduction webinar organized by the Global Tobacco & Nicotine Forum (GTNF) Trust on April 27, 2021. The webinar featured public health, industry and public policy experts who presented “whole-of-government” and “whole-of-society” approaches similar to those adopted by the United Nations to evaluate the science on tobacco harm reduction products and to address the challenges and opportunities that lie ahead.

Ahluwalia is professor of Behavioral and Social Sciences and Professor of Medicine at the Center for Alcohol and Addiction Studies, Brown University School of Public Health and Alpert School of Medicine, and Associate Director of Populations Sciences at the Brown Cancer Center in the US.

From 2018 to 2019, Ahluwalia and his team conducted a randomized clinical trial to determine the effect of switching from combustible cigarettes to nicotine salt pod system (NSPS) e-cigarettes on biomarkers of tobacco exposure and potential harm among adult cigarette smokers. Fourth-generation NSPS e-cigarettes (brand name JUUL) are the leading class of e-cigarettes. They contain high nicotine concentrations, which may facilitate switching among smokers, but could also lead to increased exposure to nicotine and biomarkers of potential harm, according to the study authors.

The six-week study involved 186 African American (92) and Latinx (94) adult smokers who smoked at least 5 cigarettes per day on at least 25 of the past 30 days for at least 6 months prior to the study and were interested in switching to e-cigarettes. The average age of participants was 43, around 40% of who were women.

After six weeks, the study found that participants who switched to e-cigarettes showed significant reduction in the levels of the lung cancer-causing chemical NNAL. There were also significant reductions in the number of cigarettes smoked per day, carbon monoxide levels, and respiratory symptoms, with no increase in nicotine exposure. Furthermore, about one-fourth of participants randomized to e-cigarettes were able to fully stop smoking combustible cigarettes at week 6.

Reductions in NNAL and carbon monoxide, and improvements in respiratory symptoms were particularly pronounced among participants who switched exclusively to e-cigarettes, which is consistent with studies of other e-cigarettes. Participants in the e-cigarette group who continued smoking while also using e-cigarettes significantly reduced their cigarette consumption from baseline to week 6 while maintaining cotinine levels, indicating that their primary source of nicotine was e-cigarettes.

Cotinine was stable over time and did not vary between e-cigarette and cigarettes as usual groups, reflecting adequate nicotine replacement by e-cigarette. Additionally, the lack of between-group change in cotinine and BP suggests there was no increased risk from greater exposure to nicotine. Cotinine is a plant-based organic compound (alkaloid) found in tobacco and is also the predominant metabolite (end product) of nicotine.

“Reduction in cigarettes and biomarkers of exposure in this study suggest potential of NSPS e-cigarettes as a harm reduction strategy for members of the two largest minority groups in the US who face significant health disparities,” the study authors concluded.

The authors conceded that the 6-week study period was not enough to understand the effects of e-cigarettes over a sustained time, and longer-term studies are needed. They noted that certain effects, particularly lung function, are unlikely to be detected in a 6-week period. They also recommended future studies look at additional cardiopulmonary measures and e-cigarette-specific measures to increase understanding of the impact of e-cigarettes on the cardiopulmonary system.

The study, “Effect of Pod e-Cigarettes vs Cigarettes on Carcinogen Exposure Among African American and Latinx Smokers: A Randomized Clinical Trial”, was published on November 2020 in JAMA Open Network. 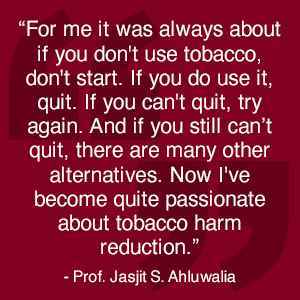 Ahluwalia admitted that he is a recent convert to the concept of tobacco harm reduction, which he embraced five years ago. “For me it was always about if you don’t use tobacco, don’t start. If you do use it, quit. If you can’t quit, try again. And if you still can’t quit, there are many other alternatives. Now I’ve become quite passionate about tobacco harm reduction.”

A retired physician, Ahluwalia is also passionate about health inequities, which he considers a moral wrong that must be corrected. “Health inequities are both a medical and a societal problem. As Martin Luther King, Jr. said, ‘Of all the forms of inequality, injustice in health care is the most shocking and inhumane.’”