Harm reduction advocates to observe May 30 as World Vape Day 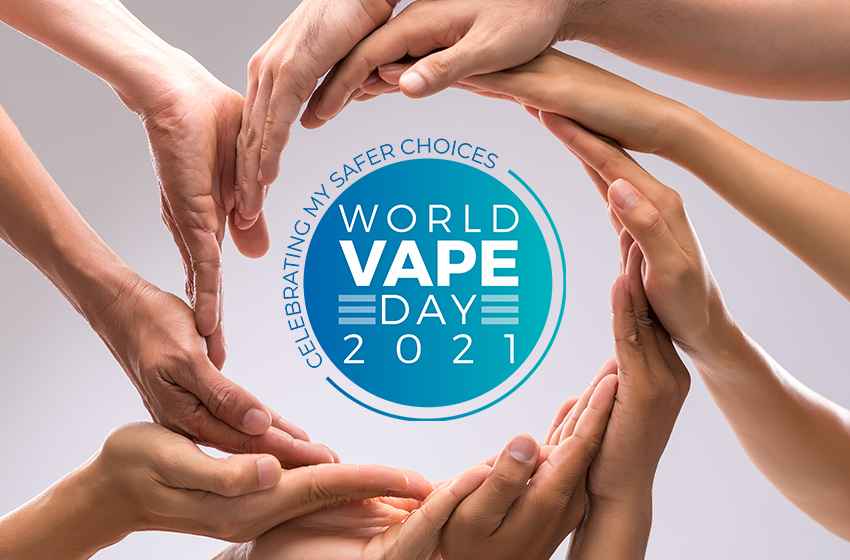 Consumer advocacy groups in the Asia-Pacific region under the Coalition of Asia Pacific Tobacco Harm Reduction Advocates (CAPHRA) are joining the celebration of World Vape Day on May 30, with a call on the World Health Organization (WHO) and governments around the world to provide smokers with a better choice and spare them from almost 50-percent mortality rate linked to smoking.

“The World Vape Day is a celebration of personal stories of smokers who have found a humane way out of smoking, thanks to the advent of innovative smoke-free products such as e-cigarettes, heated tobacco products and Swedish snus,” said Nancy Loucas, Executive Coordinator of the CAPHRA.

This year’s World Vape Day highlights smoke-free products as “the better choice” to combustible cigarettes which are linked to more than 8 million premature deaths each year among 1.1 billion smokers globally.

“We celebrate World Vape Day because it symbolizes hope for millions of smokers in Asia-Pacific and around the world who now have an access to innovative nicotine products such as e-cigarettes and heated tobacco products that were not available in the previous decades,” said Loucas.

“Vaping is the safer choice based on our experience and on the numerous independent studies published in peer-reviewed scientific journals. Along with heated tobacco products, e-cigarettes are considered a part of tobacco harm reduction—a public health strategy which aims to provide alternatives to reduce risks caused by smoking cigarettes,” she said.

Loucas said these smoke-free nicotine products provide countries an opportunity to end the global problem of smoking. “We have an opportunity to save millions of lives by making the switch to better alternatives. It is also a reminder to governments and health authorities that smokers should be given the freedom of choice for their health and for their future,” she said.

Asa Saligupta, representative of Ends Cigarette Smoke Thailand (ECST), said that while World Vape Day is being celebrated in many countries, some nations like Thailand still prohibit the use of e-cigarettes and HTPs.

“In several Asian countries, vapers continue to face imprisonment and fines for making the switch to e-cigarettes which were found to be at least 95-percent less harmful than traditional cigarettes. It is a violation of consumer rights for safer alternative products and accurate information about e-cigarettes,” he said.

“But we remain hopeful that authorities will listen to science and give tobacco harm reduction a chance to make a difference in the lives of smokers who represent a fifth of the population in Thailand,” he said.

Saligupta noted that Public Health England, in its 2018 independent evidence review, concluded that “e-cigarettes are around 95-percent safer than combustible cigarettes.”

Peter Paul Dator, president of Vapers Philippines, said more than 50 million smokers around the world have already switched to vaping, which means they have significantly reduced their exposure to toxins and carcinogens found in tobacco smoke.

“This is because unlike cigarettes, vapor products and HTPs do not burn organic matter at very high temperatures and therefore do not produce toxic fumes. I believe that vaping can achieve what existing tobacco control policies failed to accomplish in many years—end smoking,” Dator said.

Dator pointed to the dismal smoking cessation rate of 4 percent in the Philippines which he said reflects the ineffectiveness of existing smoking cessation strategies such as the ‘quit-or-die’ approach. “Smoke-free products can help 16 million Filipino smokers quit smoking or switch to these less harmful alternatives,” he said.

Mirza Abeer, the founder of the Association for Smoking Alternatives in Pakistan (ASAP), said he could attest to the effectiveness of vaping as a part of tobacco harm reduction.

“Quitting smoking is a tough challenge to surmount, but e-cigarettes helped me and other smokers quit. Switching to vaping after smoking for 13 years resulted in my improved health. This also saved me from asthma attacks, and now I feel much better. I hope to share this personal experience to more than 15 million smokers in Pakistan so that they too will have a choice,” he said.

“As head of ASAP, we advocate the adoption of scientifically-substantiated smoking alternatives among adult consumers and policy-makers, to help significantly reduce smoking rates in Pakistan and positively impact public health, as soon as possible,” said Abeer.

World Vape Day is celebrated a day before World No Tobacco Day on May 31. CAPHRA said that with more than 50 million vapers worldwide and growing, the campaign is expected to gain ground in more countries in the coming years.