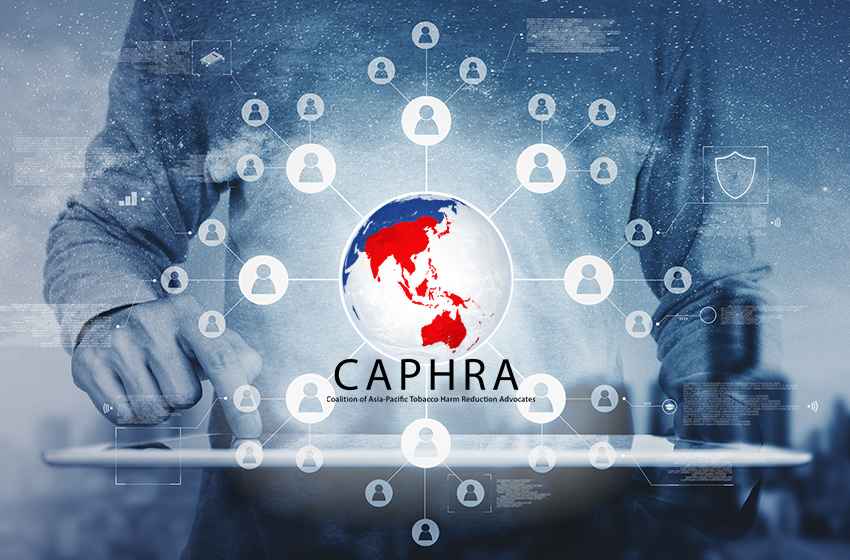 “The WHO is condemning millions of smokers to certain death by denying them the right to safer alternatives. With biased evidence and bad science, its latest report evokes moral panic. The Advocates Voice will expose it for what it is,” says Nancy Loucas, Executive Coordinator of CAPHRA.

The eight episode of The Advocates Voice (TAV 8) follows the World Health Organization (WHO) releasing its eighth annual report on the global tobacco epidemic last month.

With the call ‘we need to get louder’ and ‘we are the evidence’, TAV 8 will kick off with a passionate video presentation. Featuring leading Tobacco Harm Reduction (THR) experts and advocates, a panel discussion will follow.

TAV 8 will include Founding Chairman of ATHRA (Australian Tobacco Harm Reduction Association) Dr Colin Mendelsohn. He will talk about the looming restrictions for Australian vapers. From 1 October, it will be illegal for anyone to import nicotine for personal use without a prescription from a medical doctor, with penalties up to $222,000.

As a medical doctor who works full-time in tobacco treatment, Dr Mendelsohn will discuss the regulation’s likely impact on Australian smokers and vapers, and if pro-vaping new Deputy Prime Minister Barnaby Joyce can change anything.

TAV 8 will provide THR public policy updates on what is happening in Malaysia and Mexico. It will also announce the launch of a new global advocacy initiative which encourages personal stories from around the world.

The discussion will centre around the impacts of the WHO report on consumers and what can, and should be, done to counter the misinformation narrative.

It will be simulcast on CAPHRA’s Facebook page at https://www.facebook.com/caphraorg and YouTube channel at https://bit.ly/3fvNF4m. Questions from viewers to the panel are encouraged.

“Consumer advocates are increasingly angry that the WHO continues to promote its baseless and incredibly destructive view on vaping. It comes despite leading scientific evidence confirming vaping is at least 95% less harmful than smoking and is the world’s most effective smoking cessation tool,” she says.

Nancy Loucas says the WHO seems determined to destroy the one version of harm reduction that has potential to reduce illness and save lives globally.

“The very organization charged with looking after our health continues to ramp up its efforts to deny people who smoke access to products that give them the chance to have a long and healthy life,” she says.
TAV 8 will also be encouraging viewers to sign the Right2Switch petition at change.org/v4v-petition. It urges the WHO to respect consumer rights and to stop demonizing Tobacco Harm Reduction options ahead of the next biennial meeting of the WHO Framework Convention of Tobacco Control (WHO FCTC) in November.