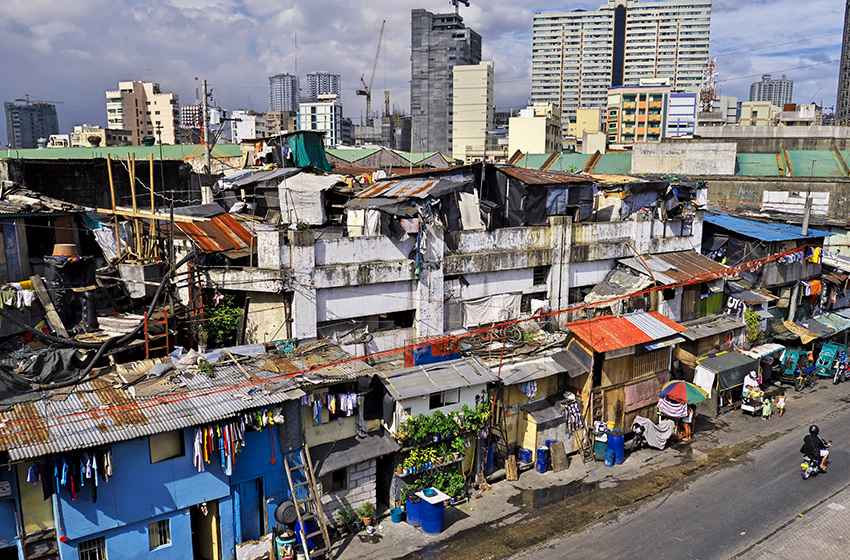 Lies and misinformation perpetuated by international non-government organizations such as Bloomberg Initiative of US financial billionaire Michael Bloomberg are mitigating the benefits of tobacco harm reduction (THR) in low and middle-income countries, according to public health experts.

In a panel discussion on Obstacles to Tobacco Harm Reduction in LMICs during the Global Forum on Nicotine held virtually from Liverpool on June 17 to 18, 2021, health policy experts from India, Ukraine, Kenya and Mexico identified the factors that hinders countries from benefitting from THR.

Nataliia Toropova, an international health expert from Ukraine and former World Health Organization (WHO) tobacco-control program coordinator, said about 220,000 people in the Russian Federation die annually of smoking-related diseases because of lack of access to safer alternatives.

Toropova noted the recent attacks on THR advocates perpetuated by well-funded organizations like Bloomberg Initiative. “That’s a very huge issue for the APAC [Asia-Pacific] region. The BI attack is very, very obvious, and it has very negative impacts in our countries in terms of harm reduction products. It’s basically about massive lies about harm reduction products,” she said.

She said that in Kyiv, the capital of Ukraine, there were posters and billboards attacking electronic cigarettes as equal to the harm caused by conventional cigarettes.

The panel discussion focused on the challenges and restrictions on the use of tobacco harm reduction products such as electronic cigarettes, heated tobacco products (HTPs) and Swedish snus in LMICs.  Countries, including the Philippines, are drafting policies to regulate smoke-free products such as e-cigarettes and HTPs which are considered much less harmful than conventional cigarettes.  The Philippines now has 1 million vapers and users of HTPs, following the introduction of IQOS in the country last year.  Other LMICs, however, prohibit the use of these products.

Toropova is one of the panelists who participated in the panel discussion which was hosted by two medical doctors—Dr. Sudhanshu Patwardhan, co-founder of the Centre for Health Research and Education (CHRE) in the United Kingdom and Dr. Delon Human, president and CEO of global health consulting group Health Diplomats based in South Africa.

Toropova said that in the Russian Federation, the harm reduction strategy is absolutely missing. “If we have to name three reasons why, the biggest obstacle to a harm reduction strategy I would say is the lack of objective solid information, evidence-based on the risk reduction products. There is simply no data, no information available to policy makers available to general public,” said Toropova, who now runs international think tank “Healthy Initiatives” to promote and strengthen public health and well-being in the former Soviet Union.

“Second would be a lack of trust. And number three would be the theory of equalizing. Starting in 2016, several countries—Russia, Kazakhstan, Ukraine, Georgia and several others started to equalize combustible cigarettes with risk reduction products. As a consequence, we see that snus has been banned in several countries, as well as nicotine pouches,” said Toropova.

Dr. Sree Sucharitha, a public health researcher and medical doctor from India, said there was a lack of political will to help 300 million smokers in India and make available tobacco harm reduction products such as electronic cigarettes, heated tobacco products (HTPs) and Swedish snus.

She said the third challenge is the unavailability of THR products in the market. “With the lack of availment, the opportunity is lost in educating other folks about the opportunities and options available to them,” she said.

Joseph Magero, an avid tobacco harm reduction advocate from Kenya, said the first challenge in his country in tobacco harm reduction is the affordability of safer nicotine products. “The second challenge we have is inadequate policies support, which is driven by misinformation and also lack of research. The third challenge we’re facing is a lack of support from WHO and FCTC. And then the last one is, of course, the Campaign for Tobacco-Free Kids and what they’re doing here,” he said, referring to a well-funded organization that vehemently opposes the use of safer nicotine products.

Magero is the former director of the Africa Tobacco-Free Initiative, but after extensive research, consultation, and direct engagement with ex-smokers, scientists and tobacco harm reduction consumer advocates, he became convinced that giving smokers the option of switching to significantly safer and enjoyable nicotine products could provide a vital addition in reducing smoking related diseases. He is now the chairman of Campaign For Safer Alternatives, a regional organization that advocates for the adoption of tobacco harm reduction policies in Africa.

Meanwhile, Tomás O’Gorman, a Mexican lawyer said another challenge is the ideological position being forced by international non-government organizations like Bloomberg Initiative and Campaign for Tobacco-Free Kids.

“Another challenge I think we must overcome is the lack of information.  There is no research in Mexico regarding safer alternatives. So there is some misinformation and ignorance,” said O’Gorman, co-founder of Pro-Vapeo Mexico, a Mexican consumer association that advocates for tobacco harm reduction and non-combustible alternatives.

He said e-cigarettes have been banned in Mexico for more than 10 years. “So during these 10 years, we have been, as population, receiving a lot of misinformation regarding safer alternatives. So the principal effect is that people don’t believe that e-cigarettes are much safer alternative for nicotine consumption. That’s the main effect and that’s an obstacle that we should overcome because these misinformation also affects legislators and other authorities and maybe even doctors,” said O’Gorman.

Dr. Sucharitha said philanthropic colonialism was also evident in India, with money from NGOs being infused into health and tobacco policies. She said while tobacco harm reduction products are accepted in developed countries, they are being discredited in LMICs.

“So if the landscape of tobacco harm reduction in the developed world is offering electronic cigarettes, Swedish snus, heated tobacco products, it should also be widely available for low and middle income country population.  So my first belief is harm reduction for all,” she said.

Toropova said e-cigarettes and other safer nicotine products have the potential to substantially reduce the deaths from smoking.  “If the doctors are willing to take up this very tool and actually tied to cessation the way it should be, then this is something that we should encourage,” she said.

She said the role of the tobacco industry in the APAC region is also quite crucial in promoting harm reduction products. “One of the things the industry can actually do would be not to create obstacles in promoting tobacco tax increase in terms of conventional cigarettes. Because once the tobacco tax increase takes place for conventional cigarettes, that gives a great chance actually to promote harm reduction products,” she said.

Magero agreed, saying the investments by the industry in harm reduction would be a win for public health because they’re not obligated by anyone. “So I think it’s a movement that they should look into,” he said.