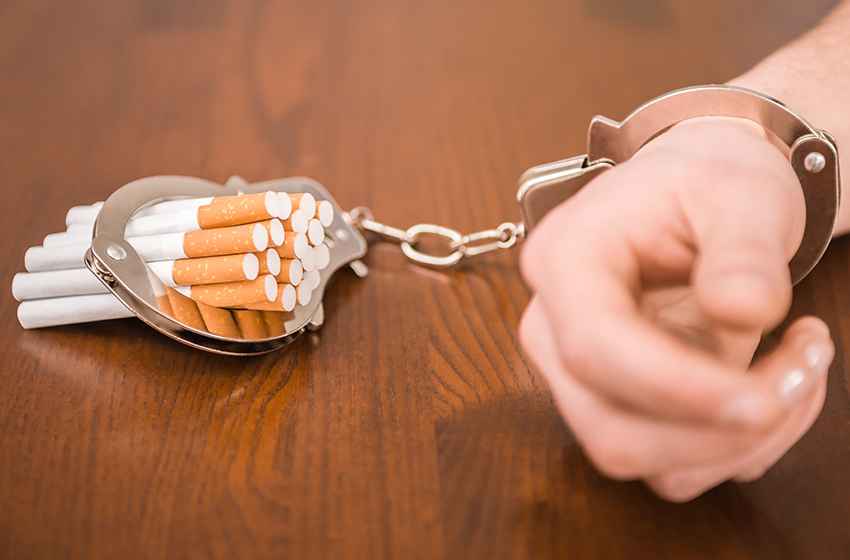 “Australia is miles behind many others in the Asia Pacific region, and the UK, when it comes to acknowledging vaping’s key role in beating tobacco. Australia is sadly kowtowing to the World Health Organisation, rather than accepting compelling international evidence,” says Nancy Loucas, Coordinator for the Coalition of Asia Pacific Tobacco Harm Reduction Advocates (CAPHRA).

It is illegal to sell liquid nicotine in Australia. Its states and territories possess harsh penalties including very steep fines, in some cases, possible imprisonment for the sale of nicotine vapes without a valid doctor’s prescription.

Many of Australia’s 500,000 vapers have instead been personally importing nicotine vaping liquids via overseas websites. However, that’s all about to change. From 1 October, Australia’s Therapeutic Goods Administration (TGA) is expanding its prescription-only model with customs to clampdown at the border.

“It’s humiliating that all ex-smokers and those desperate to quit will need to seek a medical opinion and doctor’s prescription to access significantly less harmful nicotine vaping products in Australia. It makes no sense when the country’s smokers can buy a pack of cigarettes from any service station or supermarket on a whim,” says Ms Loucas.

What’s more, significant concerns remain over the number of doctors who will be prepared to prescribe, given there are currently no approved nicotine e-cigarettes on the Australian Register of Therapeutic Goods (ARTG).

Doctors will either need to first apply to the TGA for access to the unapproved product or provide a script for three months or less for patients intending to access nicotine vape products through the Personal Importation Scheme.

CAPHRA says Australia and New Zealand’s trans-Tasman rivalry is world-famous but when it comes to Tobacco Harm Reduction policies, Australia is losing.

“New Zealand has legalised and regulated vaping. In contrast Australia is set to strangle smokers’ access the world’s most effective smoking cessation tool. Australia’s total medicalisation approach will cost thousands of lives over the coming decades and urgently needs to be called out at a regional level,” says Ms Loucas.

International evidence also discredits Australian Health Minister Greg Hunt’s claims that the ban will seek ‘to avoid an onramp for non-smokers, especially youth’. CAPHRA says, in reality, it’s the complete opposite – vaping is no gateway to youth smoking, but a leading offramp for adult smokers.

“New Zealand’s 2020 vaping legislation is not perfect. Nonetheless, if you’re over 18, nicotine vaping products are readily available there, with their Ministry of Health strongly supportive of vaping as an effective way to achieving smoke-free,” she says.

World-leading harm reduction expert and advocate, Dr Alex Wodak AM – a Director of the Australian Tobacco Harm Reduction Association (ATHRA) – agrees that it makes no sense to restrict the availability of vaping much more than deadly combustible cigarettes when vaping is a considerably safer option for nicotine.

“The decline in smoking rates has recently begun accelerating in countries supportive of vaping such as New Zealand, the UK, and the US. In contrast, Australian smoking rates have almost flatlined since 2013, despite aggressive tobacco control policies,” says Dr Wodak.

“Try walking through a big Australian city at lunchtime and you can’t help but inhale clouds of second-hand smoke and see office and retail workers puffing on cancer sticks. Having no real alternative is a tragic blemish on an otherwise beautiful country,” says Ms Loucas.

Australia’s Senate Inquiry into Tobacco Harm Reduction last year heard from public health experts, tobacco treatment specialists, and frontline health workers. They told the inquiry that a prescription-only model would never work and only drive vapers back to smoking. Their evidence and experiences were ignored.

CAPHRA says October’s ban will expand the already huge black market for nicotine vape liquids at a time when Australia should be leading the Asia Pacific with progressive health policies to reduce tobacco harm. The Philippines, instead, could soon be the region’s frontrunner with its Senate set to approve landmark risk-proportionate vaping legislation.

“We support pro-vaping Australian MPs, keen to see fewer deaths from smoking, including new Deputy Prime Minister Barnaby Joyce. These MPs are making sure the Government understands the dangerous consequences of its misguided policy. Effectively outlawing nicotine vaping will only drive ex-smokers back to cigarettes,” says Nancy Loucas.

Join the next Asia Harm Reduction Forum on 28 June: https://fb.watch/6gH6Yo51y9/

Consumer groups in the Asia-Pacific region have also launched a petition at change.org/v4v-petition that urges the World Health Organisation (WHO) to respect consumer rights and to stop demonizing Tobacco Harm Reduction options ahead of the next biennial meeting of the WHO Framework Convention of Tobacco Control (WHO FCTC) in November.