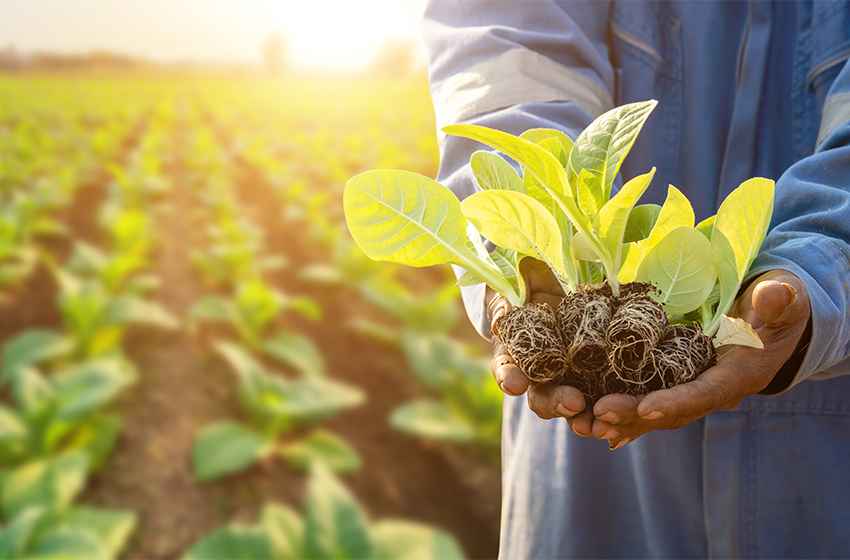 Labor Secretary Silvestre Bello III together with leaders of the House of Representatives affirmed the Philippine position expressed by Locsin at the opening of the Ninth Conference of the Parties (COP 9) of the WHO’ Framework Convention on Tobacco Control (FCTC) and re-affirmed the country’s commitment to a science-based approach in reducing the harm of smoking.

At the same time, Deputy House Speaker Deogracias Victor Savellano and Rep. Ace Barbers slammed “extremist critics” of the Philippine position for their disrespect of our country’s sovereignty while commending Locsin for espousing a “balance and evidence-based” position at COP 9 that reflects the concerns of broader stakeholders to include public health, government revenues and tobacco industry livelihood.

“We support the Philippine delegation to the WHO FCTC ninth Conference of the Parties headed by Sec. Locsin for pushing for an inclusive and participative decision making in crafting global policy recommendations. Tobacco control approach cannot be one-dimensional. Health and economic aspects should both be considered as we have more than 2.2 million individual workers and dependents who get their income from tobacco production, trading, manufacturing and distribution.” Bello said.

In the on-going COP 9 being held virtually, proposals raised by the Philippine panel led by Locsin have been viewed by an overwhelming majority of member-state delegates as a vindication of the sanctity of the deliberative process, clarity and transparency which have been the norm for COPs.

Addressing the opening session, Locsin called on the WHO “to regain the momentum” of tobacco control and consider “evolving and latest scientific information” in solving the global smoking problem.”

“No extinction by extreme taxation. Bans would only drive operators underground and substitute smuggling. That would further enrich countries that have made tobacco a state monopoly. Why would we allow that?” Locsin said.

Bello affirmed “the country’s position for regulation and taxation, and a science-based approach in dealing with the smoking problem” as presented by Locsin.

It was estimated that the tobacco industry has contributed P149.7B in 2020 in excise tax alone. This money is intended to fund the government’s universal health care and medical assistance and health facilities enhancement programs.

Savellano commended the delegates for ensuring the rights of stakeholders are protected. 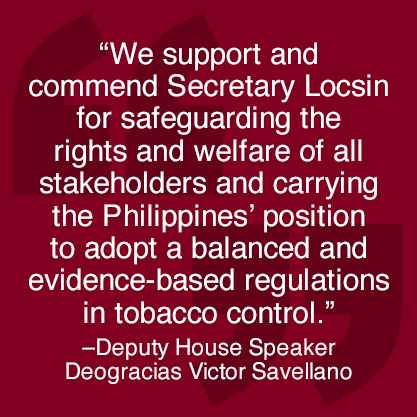 “We support and commend Sec. Locsin for safeguarding the rights and welfare of all stakeholders and carrying the Philippines’ position to adopt a balanced and evidence-based regulations in tobacco control,” he said.

For his part, Barbers expressed alarm over reports of disrespect to the Philippine delegates in the COP 9.

Barbers also aired his support to Locsin and the Philippine delegation “as they look after the interest of our country and our people in COP 9.”

He said, “The problem with these countries is that they don’t realize the economic and social benefits that our country derives from this industry.

This is coupled with the gains that come from the less harmful smoke free products that results from the R&D and innovation from this sector.”

Savellano noted that “advancement in science and technology has given us an opportunity to address concerns over smoking without necessarily neglecting the reality that tobacco farming is a source of livelihood for more than 39,000 tobacco farmers.”

“As much as we want to end the harm associated with tobacco use, we also should not deprive people of means to put food on the table for their families,” Savellano added.

The COP-approved decision adopting the agenda for its Ninth Session carried both the proposed amendment and additional text by the Philippine delegation.

The Philippines proposed that since no substantive discussions will be done in COP 9, the decision making should be deferred to COP 10. The delegation also proposed that as the mandate of the Expert Group working on Article 9 (Regulation of the contents of tobacco products) and Article 10 (Regulation of tobacco product disclosures) is extended under the guidance of the FCTC Bureau, parties to the treaty should be consulted whenever appropriate.