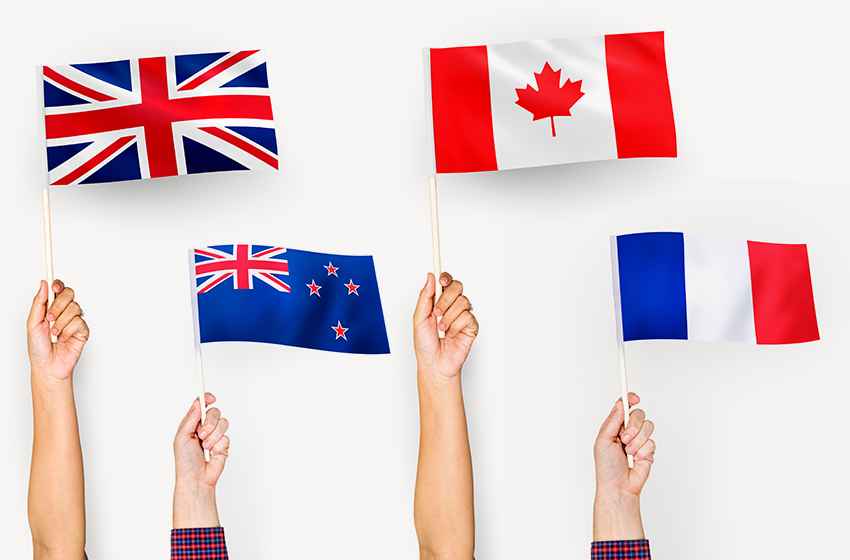 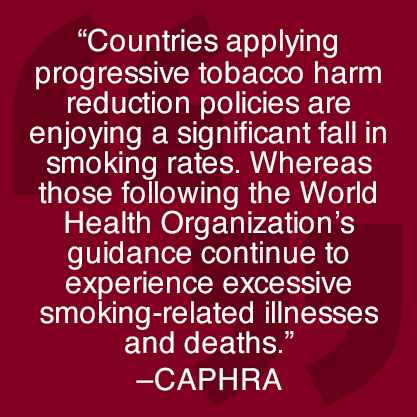 Nancy Loucas, Executive Coordinator of CAPHRA, says the significant research and analysis is timely with the WHO’s Framework Convention on Tobacco Control (FCTC) hosting its COP9 session in November.

“Ultimately, this paper proves countries that embrace vaping, such as France, the United Kingdom, New Zealand and Canada, have witnessed a decrease in smoking rates that is twice as fast as the global average,” she says.

Ms Loucas says a supportive approach to vaping, including the absence of taxes but the presence and promotion of publicly funded ‘vape to quit smoking’ programmes, continue to deliver positive results for those countries.

“There’s still plenty of room for legislative and regulatory improvement in the likes of New Zealand, for example, where the most popular adult vape flavours are no longer widely available. However, overall, countries that have regulated access have legitimised safer nicotine products. Subsequently, they continue to see more smokers making the switch,” says Ms Loucas.

She says, disappointingly, since the white paper’s research was conducted, the Canadian government has taken some regressive steps, including Health Canada’s proposed flavour ban.

CAPHRA says public health outcomes continue to widen between countries that have adopted a harm reduction approach and those that refuse to back the science, listening to the WHO instead.

“Asia Pacific countries such as Australia, Hong Kong, India and Thailand have been led down completely the wrong path. The WHO’s advice is seriously poisoned with the eye watering money trails from American billionaires and their so-called philanthropic causes now totally exposed,” she says.

The explosive research, proving unbelievable undue foreign interference and showing exorbitant amounts of money exchanging hands, has since been reported around the world. To view the full findings, visit: https://www.24shareupdates.com/wp-content/uploads/2021/09/Clarisse-Virgino-Research-with-IRS-returns-98.pdf

Ms Loucas says instead of only listening to its own advice, the WHO should closely examine the recently released ‘Vaping Works. International Best Practices’ white paper, available via: https://d3n8a8pro7vhmx.cloudfront.net/taxpayers/pages/1792/attachments/original/1631078786/PRA_VapingWorks.pdf?1631078786

“If the WHO was genuinely interested in what actually works, it would invite the United Kingdom, New Zealand and France to each present their country’s story on how they are successfully beating smoking.

“Impressively, the UK’s liberal approach to vaping has seen a 25% drop in smoking since 2012, yet November’s COP9 will not be interested. The WHO’s ‘head in the sand’ attitude to vaping is being increasingly criticised internationally. People can now plainly see they’re motivated by money, not science,” says Nancy Loucas.