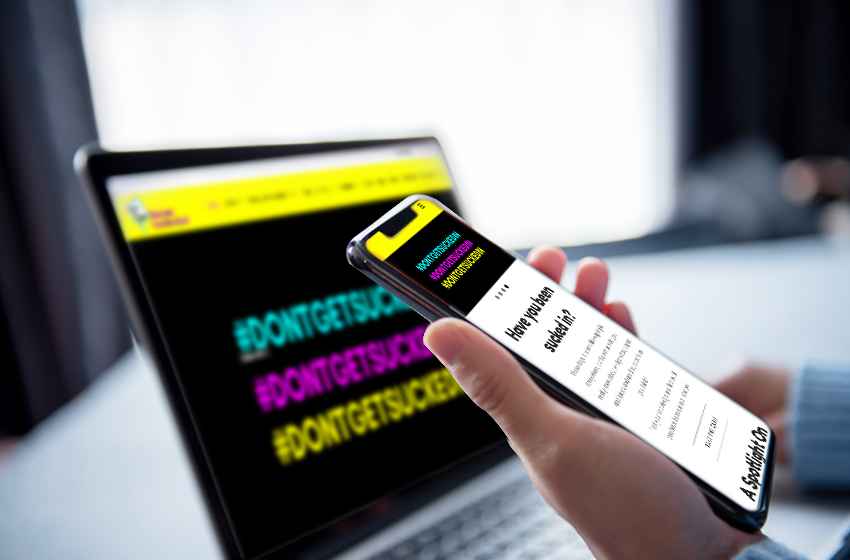 “Launched with fanfare two years ago, the ‘Don’t Get Sucked In’ website has failed to fire or resonate with young people and for good reason, says Nancy Loucas, Executive Coordinator of the Coalition of Asia Pacific Tobacco Harm Reduction Advocates (CAPHRA).

CAPHRA has now audited the website on vaping set up by New Zealand’s Asthma and Respiratory Foundation (ARFNZ). CAPHRA concludes the site cherry picks science and fails to provide the full picture on vaping. More seriously, it makes false and misleading claims about the safety of products which are saving thousands of Kiwi ex-smokers lives every year.

Ms Loucas says if vapers or their families and friends seek a credible website, they should visit the Ministry of Health’s own site www.vapingfacts.health.nz/

When the Vaping Facts site was launched in 2019 ARFNZ commended the Ministry, but CAPHRA notes that within a year ARFNZ launched its own vaping ‘information’ site, undermining the Government’s position and stirring up consumer confusion.

“New Zealand has adopted a Tobacco Harm Reduction (THR) strategy that’s working, with the country’s overall smoking rate at a record low. With the Government’s renewed focus on Smokefree Aotearoa 2025 – where five percent of fewer smoke – smokefree is now a real possibility. Sadly, however, ARFNZ is doing its best to spook our remaining smokers from switching to a considerably safer option,” she says.

Ms Loucas says CAPHRA’s audit examined key claims made on the ‘Don’t Get Sucked In’ website.

False or misleading claims include that nicotine can harm the brains of teens, children, and foetuses; e-cigarette vapour may include potentially harmful substances such as formaldehyde, cancer-causing chemicals, and heavy metals; children and adults have been poisoned by swallowing e-liquid or absorbing it through their skin or eyes; and e-cigarettes have been linked to thousands of cases of serious lung injury.

“If any of these claims stacked up, do you think New Zealand’s Ministry of Health, and Maori health providers, would actively encourage smokers, including pregnant women, to switch to vaping as an effective smoking cessation tool?”

Ms Loucas says internationally, there is a raft of peer reviewed scientific studies and positioning statements from the likes of the NHS, which completely debunk the many myths ARFNZ peddles. CAPHRA has compiled a comprehensive evidence-based dossier of research which it shares with any interested parties.

“If ARFNZ was playing with a straight bat, its website would give vaping some proper context when compared to deadly smoking. It fails to state that not one New Zealander has reportedly died from vaping, and there’s certainly no mention that Public Health England remains resolute that vaping is 95% less harmful than smoking combustible cigarettes.

“Let’s fight with facts, not elongate the emotion. ARFNZ is creating hysteria that doesn’t exist. It claims to be on an education campaign, but it’s nothing more than a witch-hunt,” she says.

The Smokefree Environments and Regulated Products (Smoked Tobacco) Amendment Bill is now set to progress through Parliament. Ms Loucas says MPs, health officials, media, and the public need to keep their eyes on the prize and not let the likes of ARFNZ distract the debate and try to relitigate the country’s vaping legislation which was well covered in 2020.

“ARFNZ needs to focus on the specific provisions in the smokefree bill which aim to smash the killer tobacco epidemic. Instead, they’re set to waste everyone’s time by continuing to run interference, scaremongering and obsessing about vaping,” she says.

Smoking-related illnesses kill about 5,000 Kiwis every year. CAPHRA believes ARFNZ should focus its work on getting that horrific number down.

“ARFNZ should get on board with the country’s decade long smokefree ambition and its successful THR strategy. It’s not only working, but it’s the envy of much of the world,” says Nancy Loucas.

Boasting over 15,000 testimonials, CAPHRA is calling on those who’ve quit cigarettes through smoke-free nicotine alternatives to tell their story on www.righttovape.org