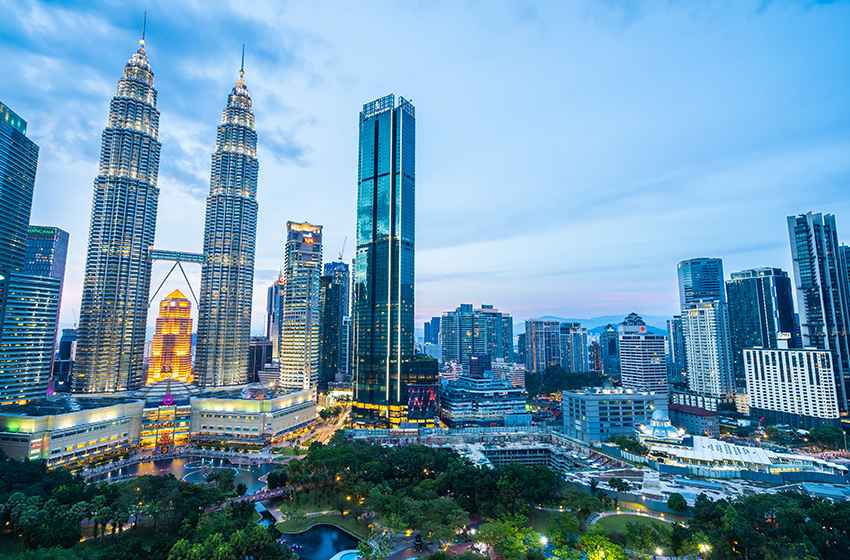 International public health experts called on Malaysian Prime Minister Ismail Sabri Yaakob to reconsider the government’s plan to prohibit the sale of tobacco and smoke-free nicotine products to those born after 2005, which they said may eventually create a large black market and fuel the illicit trade of these products.

In a letter addressed to Prime Minister Yaakob on 21 February 2022, academics and tobacco harm reduction advocates David Abrams, Clive Bates, Ray Niaura and David Sweanor said the prohibitionist policy may have unintended consequences such as the growth of the black market for cigarettes and alternative nicotine products.

The four signatories are referring to the Malaysian government’s proposal to ban sales and possession of cigarettes and vaping products to everyone born after 2005.  They feared that the ban might extend to vaping products that are much less dangerous than cigarettes.

“We hope the government will consider the limitations and likely unintended consequences of prohibition measures. We hope ministers will consider the alternative approach of risk-proportionate regulation based on MPOWER and tobacco harm reduction,” they said, referring to the pragmatic approach to reduce the smoking epidemic by providing smokers with less harmful alternatives such as e-cigarettes, heated tobacco products, snus and nicotine pouches.

The signatories who have spent many years as academics and advocates trying to reduce the harms caused by tobacco include Dr. David Abrams, professor of Social and Behavioral Sciences at New York University; Clive Bates, director of London-based Counterfactual Consulting Limited; Dr. Raymond Niaura, chair of the Department of Epidemiology at New York University; and David Sweanor, law professor at University of Ottawa.

The international experts said that while Minister Jamaluddin is correct to highlight the devastating health and economic impact of smoking that affects over 40 percent of Malaysian men, the government should be very cautious about prohibition measures, especially if they are applied to adults.

“The proposed measures would apply increasingly to adults as those born after 2005 grow older. It is almost impossible to suppress demand for a recreational stimulant like nicotine, and many adolescents will try to adopt the behaviors of the adults in their lives,” they said.

They warned that over time, the market, under the prohibition measures, would be supplied through cross-border trade, internet sales, and more established criminal networks with aggravated risks of bribery and corruption.  “The measure will become harder to enforce as it involves ID checks on adults. It is also likely that young people would play a significant role in the illicit supply chain. There is already a substantial illicit market in tobacco products, with estimates of almost 60 percent of cigarettes sold illegally,” they said.

The international experts also warned about the impact of such policy on tourism, as most adults visiting Malaysia come from jurisdictions where age restrictions are only applied to adolescents. “It is unclear how visitors and the visitor economy would respond. The challenge with any prohibition is, therefore, to recognize the plausible unintended harmful consequences that arise. These need a thorough assessment and the risks properly balanced against any possible benefits,” they said.

At the same time, they said the prohibition may reduce the opportunity of tobacco harm reduction. “Significant reductions in health risk can be expected when a smoker switches from a smoked product like cigarettes to a smoke-free product like e-cigarettes, heated tobacco products, smokeless tobacco or new nicotine pouches. Encouraging smokers to switch from high-risk to low-risk nicotine products is a promising public health strategy because these products have three essential characteristics,” they said.

These smoke-free alternatives impose much lower risks to health and welfare than smoking products because most of the smoking-related harm arises from products of combustion in cigarette smoke, not nicotine, according to them.

Scientific evidence shows that these smoke-free products contribute to smoking cessation and diversion from smoking. “Smoke-free products do not require the user to quit nicotine but eliminate the toxic burden of smoke. They offer an easier way to quit smoking for more dependent or committed nicotine users,” they said.

“Given the role of smoke-free products in reducing smoking, the optimum policy should be different for these products – they should be seen as part of the solution to Malaysia’s smoking problem,” they said.

The experts said a strong commitment to addressing smoking would mean having the strongest tax, product regulation, warnings, age thresholds, and marketing restrictions for the most dangerous product which is cigarettes. “It would also mean proportionate measures on the products that function as a low-risk alternative to smoking—vaping products, etc.—focused mainly on consumer protection. This regulatory philosophy is known as ‘risk-proportionate regulation’,” the international experts said.

Such concept of risk proportionality already underpins the regulatory philosophy in the UK and New Zealand.  “And we recommend this approach to the government of Malaysia,” they said.

“Regulators should take care not to impose regulations that place smoke-free products at a disadvantage to cigarettes, for example, through caps on nicotine strength or bans on flavors unrelated to a chemical hazard,” they said.

For smoke-free products, the experts recommend low or zero taxation; controls on themes and placement of advertising but not an outright ban; warning and risk communications that encourage smokers to switch; restriction on sales to under-18s; regulation to protect consumers related to chemical, electrical, thermal and mechanical safety.

Tobacco harm reduction is widely supported in the expert community. In October 2021, a hundred experts sent a letter to the heads of national delegations to the WHO Framework Convention on Tobacco Control to set out the arguments for tobacco harm reduction.

“We believe that it is time for global tobacco policy to draw on the full potential of tobacco harm reduction. We hope the public health science, policy, and practitioner communities will converge on a common purpose to meet the SDGs and to reduce the global burden of tobacco-related disease and premature mortality as quickly and deeply as possible,” they said.