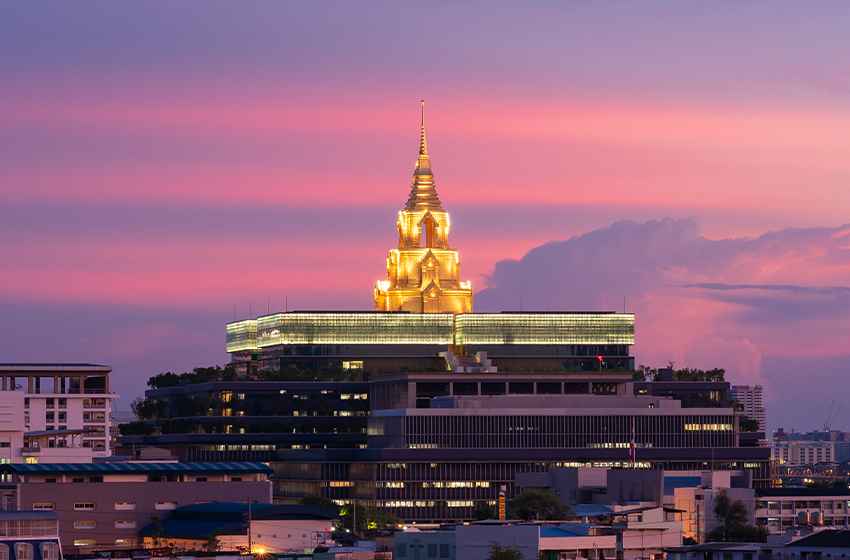 The brave call by a Minister of Thailand to overturn the harsh ban on the sale of vape products has received applause and accolades from around the world, according to Nancy Loucas, Executive Coordinator of the Coalition of Asia Pacific Tobacco Harm Reduction Advocates (CAPHRA).

Her comments follow Thailand’s Digital Economy and Society Minister Chaiwut Thanakamanusorn telling local media that vaping is safer for people trying to quit smoking. What’s more, he is now looking at ways vaping could be legalised in order to offer a less harmful alternative to smoking regular cigarettes.

“Support for the Minister has gone global! This should be a massive wake-up call for Thailand’s Government. He’s on the side of science and his calls have exposed the fact that Thailand has fallen well behind internationally when it comes to adopting effective Tobacco Harm Reduction (THR) policies,” says Ms Loucas.

Predictably, Mr Thanakamanusorn’s support for vaping has been met with swift and severe criticism by some organisations in Thailand.

The National Alliance for a Tobacco-Free Thailand (NATFT) said a lot of work has gone into reducing the number of smokers and claimed that ‘legalising e-cigarettes will only exacerbate the situation’. The Tobacco Control Research and Knowledge Management Center (TRC) claimed ‘e-cigarettes are not safer choices for people who want to quit smoking’ and could do more harm than good.

The Royal College of Physicians of Thailand was also quick to take issue with the suggestions, and the Medical Association of Thailand sent an open letter to Prime Minister Prayut Chan-o-cha demanding he caution the Minister.

“What rock have these people been living under? The Minister deserves a medal, not mockery. International research shows countries which have adopted progressive policies around vaping have seen their smoking rates fall twice as fast as those countries, such as Thailand, which haven’t,” says Ms Loucas.

Asa Saligupta, Director of ECST (ENDS Cigarette Smoke Thailand), says Chaiwut Thanakamanusorn has been unfairly targeted by local conservative health groups. He says the Minister’s intentions to legalise e-cigarettes were not only good, but evidence based.

“ECST put the call out on social media for Thai vapers, smokers and allies of THR to show their total support and solidarity for the Minister. We’ve since been blown away with the positive response, nationally and internationally, to his progressive position. He has done a lot to shine light on Thailand’s failed tobacco control policies, which hopefully are now a little closer to one day changing for good,” says Mr Saligupta.

Ms Loucas says vaping is the world’s most effective smoking cessation tool and smart countries like the Philippines are set to embrace it, not ban it.

“Unfortunately, Thailand is part of an increasingly isolated and fast shrinking club in Asia Pacific that is showing the world how to do THR really badly.

CAPHRA says the Minister is right to point out that e-cigarettes are legal in at least 67 countries. He’s also accurate in his observation that they could offer a safer alternative to Thailand’s 10 million smokers.

“Thailand’s Government has failed to adopt effective policies and programmes that will significantly reduce the country’s sky-high national smoking problem. If it wants to save lives, it needs to urgently rethink its ban on vaping product sales.

“The Government and key local NGOS have instead been influenced by money. Alarmingly, that has meant the WHO and billionaire bullies like Michael Bloomberg have controlled key parts of Thailand’s domestic health policy. Further, we’ve got the evidence to prove this undue foreign interference is rife throughout the region,” says Nancy Loucas.

To view the full findings and money trails, visit: https://www.24shareupdates.com/wp-content/uploads/2021/09/Clarisse-Virgino-Research-with-IRS-returns-98.pdf

Consumer groups in the Asia Pacific region have also launched a petition at change.org/v4v-petition. It urges the WHO to respect consumer rights and to stop demonizing THR options ahead of the Ninth Session of the Conference of the Parties (COP9) to the WHO Framework Convention on Tobacco Control (FCTC) in November.