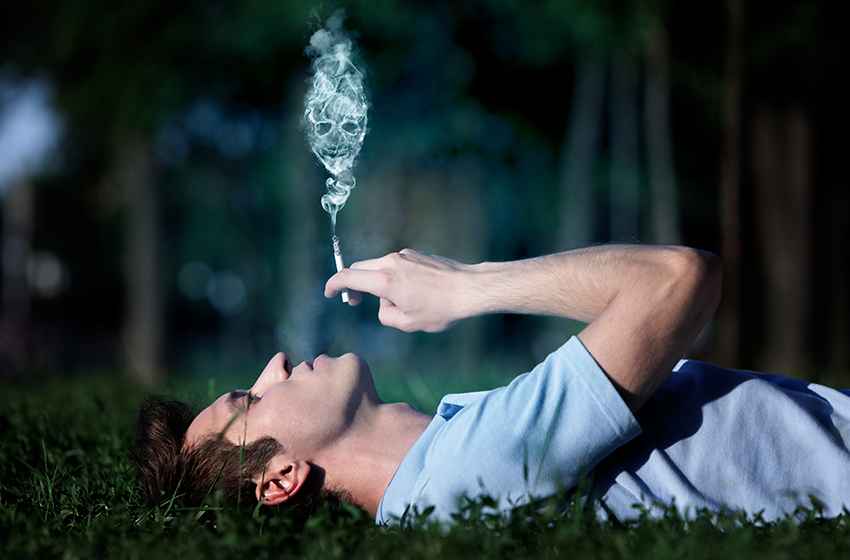 Australia’s Therapeutic Goods Administration (TGA) has expanded its prescription-only model with customs to clamp down at the border. This means no more personal importation of nicotine vaping liquids, via overseas websites, without a doctor’s prescription. 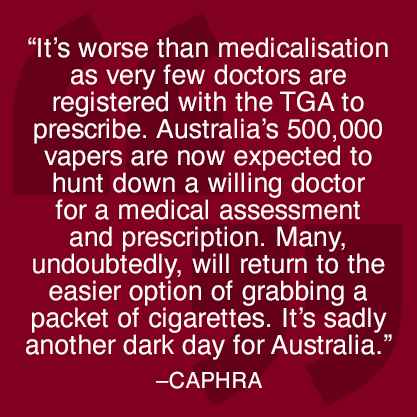 “It’s worse than medicalisation as very few doctors are registered with the TGA to prescribe. Australia’s 500,000 vapers are now expected to hunt down a willing doctor for a medical assessment and prescription. Many, undoubtedly, will return to the easier option of grabbing a packet of cigarettes. It’s sadly another dark day for Australia,” she says.

By further limiting access to safer nicotine products for its 2.3 million daily smokers, Australia has effectively joined a sad club of countries, including Thailand, India, and soon Hong Kong, which have banned vaping.

“Australia is now well down the world rankings when it comes to adopting effective Tobacco Harm Reduction (THR) policies.

It’s miles behand progressive countries like New Zealand, the United Kingdom, France, the Philippines, and even the United States and Canada. These counties openly acknowledge vaping’s key role in beating tobacco,” she says.

Ms Loucas says it makes no sense to effectively ban products that are 95% less harmful than cigarettes, when Australian smokers can buy a pack of cigarettes from any service station, supermarket or corner store on a whim. She predicts the move will only expand the already huge black market for nicotine vape liquids.

“The Lucky Country is not following international science or THR best practice. Instead, Australia is kowtowing to the poisoned advice of the World Health Organization (WHO). By condemning safer alternatives and ignoring mounting evidence, the WHO is doing its best to deny the world’s 1.1 billion smokers a safe escape,” says Ms Loucas.

Ongoing increases to tobacco excise have made it the fourth largest individual tax collected by Australia’s federal government at an estimated $15 billion last financial year.

“You don’t have to be a rocket scientist to see that blocking tobacco’s main rival will only help lift tobacco excise revenue for the Australian government,” she says.

CAPHRA says international evidence also discredits Australian Health Minister Greg Hunt’s claims that the ban will seek ‘to avoid an onramp for non-smokers, especially youth’. Yet the complete opposite happens: Vaping is no gateway to youth smoking, but a leading offramp for adult smokers.

In contrast, Australia’s Senate Inquiry into Tobacco Harm Reduction last year heard from public health experts, tobacco treatment specialists and frontline health workers. They told the inquiry that a prescription-only model would never work and only drive vapers back to smoking. In the end, their evidence and experiences were completely ignored.

In fact, over the past decade anti-tobacco billionaire foundations have funnelled millions into Asia Pacific NGOs to lobby governments to ban vaping and discredit vaping advocates.

To view the full findings and money trails, visit: https://www.24shareupdates.com/wp-content/uploads/2021/09/Clarisse-Virgino-Research-with-IRS-returns-98.pdf