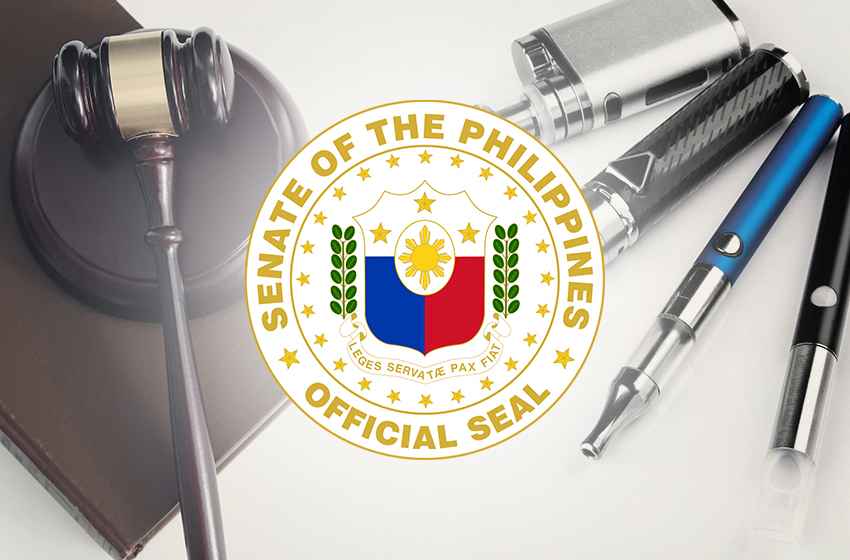 The Philippines Senate is expected to pass a progressive law regulating vaping and heated tobacco products by September this year.

“The world is watching as the Philippines Senate looks set to approve the most progressive and risk-proportionate vaping legislation in Asia Pacific. We’re hoping other countries in the region will then follow their lead,” says Nancy Loucas, Executive Coordinator of the Coalition of Asia Pacific Tobacco Harm Reduction Advocates (CAPHRA).

In May, the Philippines House of Representatives passed the Non-Combustible Nicotine Delivery Systems Regulation Act also known as House Bill 9007. It aims to regulate the manufacture, use, sale, distribution, and promotion of vaping, as well as heated tobacco products (HTPs).

Peter Dator, president of consumer group Vapers PH and CAPHRA member, hopes the Senate will pass the legislation by September.

He describes it as a massive turn around. The Philippine government tried to ban the use of e-cigarettes, HTPs, and other smoke-free alternatives in 2019. Then there were proposals to raise the purchase age to 25 and ban all vape flavours other than menthol and tobacco.

“Consumer advocates in the Philippines have worked constructively with legislators and officials. They promoted the regulation of e-cigarettes as a consumer product and advocated for a purchase age of 18. They successfully argued that adult smokers keen to quit tobacco need reasonable access to safer alternatives. Also, that product safety standards are critical,” says Ms Loucas.

Mr Dator says given nearly 90,000 Filipinos die from smoking-related diseases every year, he is confident a clear majority of Senators realise just how much is at stake.

“This needs to get passed to ensure millions of Filipino smokers continue to have access to safer nicotine products. At the same time, existing vapers must maintain access to their product of choice to keep them from going back to cigarettes,” he says.

Clarisse Virgino, the Philippine representative of CAPHRA, is also hopeful the Senate is set to give its stamp of approval required to enact the legislation. She says it will go a long way to addressing the country’s stubbornly high smoking rate which sees over 16 million Filipinos still smoking combustible cigarettes.

“It’s vital this legislation gets Senate approval. It will give consumers better protection enabling them to choose genuine THR products at a reasonable price. Fair regulation will also eradicate any black markets or any sellers who are not authorized to sell THR products, prioritizing the safety of consumers,” she says.

Ms Virgino says legislation will legitimize the fact that tobacco harm reduction is a real thing, backed by science. International evidence continues to put vaping at 95% less harmful than smoking.

“I am confident that like our House representatives, our Senators have listened. Without doubt vaping has proved to be world’s most effective smoking cessation tool. Legitimizing it will go a long way to helping many more Filipino smokers quit cigarettes and protect the rights of consumers to access safer alternatives,” she says.

Ms Loucas says the Philippines adoption of best practice Tobacco Harm Reduction policies will hopefully be emulated by other Asia Pacific governments. Many suffer from desperately high smoking rates and in some countries, such as Thailand, vaping remains illegal.

“This move will only strengthen the Philippines’ independence as it shakes off any remaining vestiges of foreign influence on its public health policies. In recent years, we’ve seen American billionaires and their so-called philanthropic foundations fuelling anti-vaping sentiment around the world. It’s well established that the Philippines has been a target.

“As this landmark legislation nears its final hurdle, outside pressure will again pile on, but Senators can be confident their positive action will undoubtedly save thousands of Filipino lives,” says Nancy Loucas.