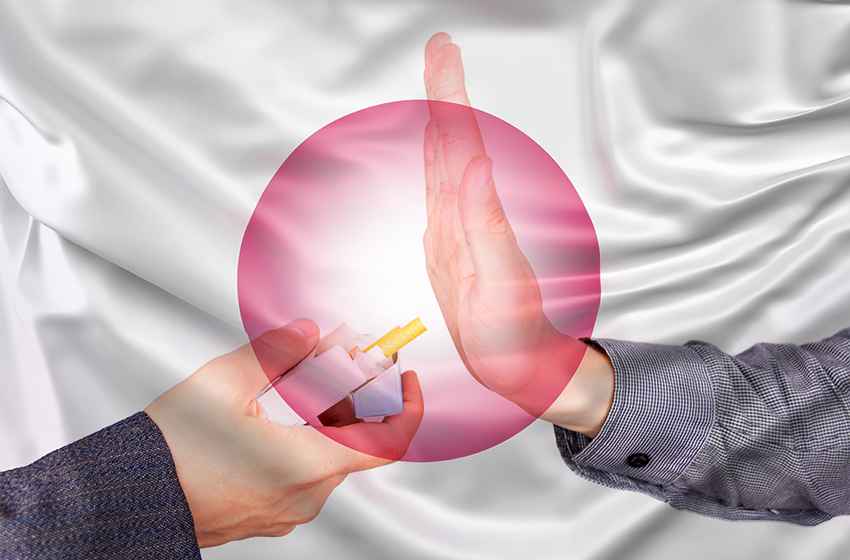 Japan has emerged as model country for tobacco harm reduction after it registered a 30-percent decline in smoking rate in a span of just three to four years since the introduction of non-combustible alternatives to cigarettes in 2014.

A public health expert said the East Asian country accomplished this milestone following the introduction of heated tobacco products (HTPs).  Dr. Kumamaru Hiroya, the Vice Director of the AOI Universal Hospital in Kawasaki, said this rate of decline in smoking incidence was not observed after years of trying nicotine replacement therapy (NTP).

He said that while NTPs such as nicotine patches proved ineffective in reducing the smoking rate in Japan, the commercial launch of HTPs like IQOS from Philip Morris International in 2014, following a market test in 2013, led to a substantial decrease in smoking rate.

“In conclusion, after nicotine replacement therapy direction has been tried, they were not really a big success. However, ever since 2014, three heated tobacco products have been launched officially nationwide in Japan and these have been penetrating 25 percent [of total smoking population], and this product has been successful to reduce cigarette smoking in Japan so far by 30 percent in three to four years,” Dr. Hiroya, a preventive physician specializing in smoking cessation, said during a webinar organized by business consulting firm Frost & Sullivan on December 7, 2020.

HTPs are non-combustible alternatives to cigarettes that closely mimic the rituals of smoking minus the combustion process. These electronic devices heat, instead of burn, specially-designed tobacco units to release flavorful nicotine-containing tobacco vapor. Results of scientific studies show that tar and carcinogens found in tobacco smoke, causes the death and disease associated with smoking, and not nicotine.

In the United States, the Food and Drug Administration authorized the marketing of IQOS, the tobacco heating system of Philip Morris International, as a modified risk tobacco product (MRTP) on July 7, 2020.

The FDA’s action authorizes the marketing of IQOS in the US with the information that the IQOS system heats tobacco but does not burn it and scientific studies have shown that switching completely from conventional cigarettes to the IQOS system significantly reduces the body’s exposure to harmful or potentially harmful chemicals.

The webinar titled “Tobacco Harm Reduction and Novel Nicotine and Tobacco Products-Evidence from the Japanese Market” focused on the experience of the Japanese market following the launch of novel nicotine and tobacco products (NNTPs), specifically HTPs in Japan since 2014.  The event was moderated by Yvonne Lucas of Frost & Sullivan.

A study by Tottori University Medical School funded by Ministry of Health and Welfare also shows that the initiation to HTP use among 60,000 Japanese junior high school students was very low at just 0.1 percent belying fears of youth uptake.

Mark Dougan, Director of Transformational Health at Frost & Sullivan, said the case of Japan, being the world’s largest market of HTPs, deserves to be studied because of the significant reduction in smoking rate in the country.

Over the past 15 years, a range of NNTPs have emerged with e-cigarettes first commercially introduced in 2004 and the current generation of HTPs in 2014. Dougan noted that HTPs are based on the principle of eliminating combustion by heating tobacco at about 350 degrees Centigrade or less instead of burning.

“While these products are clearly not risk-free, they do have the potential to serve as a complementary strategy to existing smoking-related interventions” for smokers who are otherwise unable or unwilling to quit cigarettes, said Dougan.

Globally, smoking remains the leading preventable cause of premature mortality, with more than 7 million people dying of smoking-related diseases each year. Dougan said the number of tobacco users worldwide declined only marginally from about 1.4 billion in 2000 to 1.34 billion in 2018.

“Even in developed countries, although we have seen significant reductions in smoking rates over recent decades, these reductions do seem in many cases to be stalling. And there is a significant group of smokers in both developed and developing countries who are unable or unwilling to quit using current approaches which is often quite ineffective in actually helping people to quit,” Dougan said.