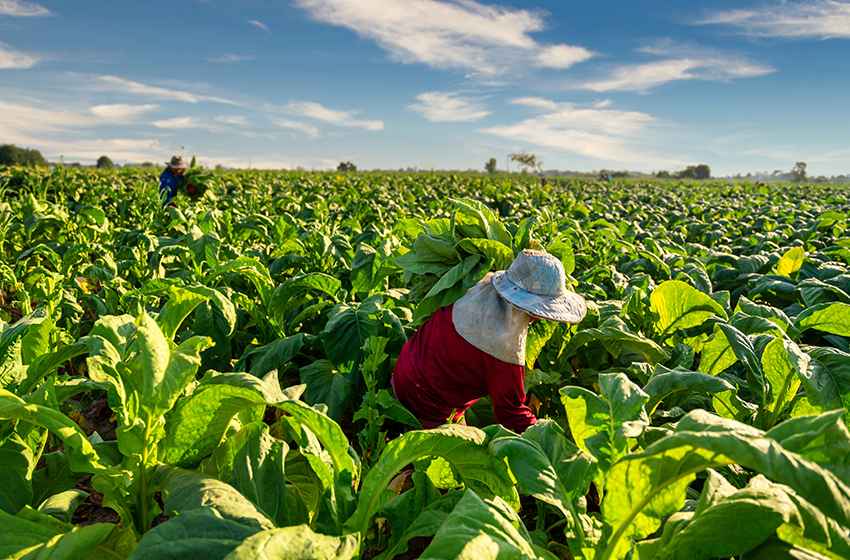 Two agriculture groups asked Philippine President Rodrigo Duterte to protect the livelihood of Filipino farmers and growers by approving the vape bill which will regulate and provide less harmful alternatives to combusted cigarettes.

The Philippine Tobacco Growers Association (PTGA) and the National Federation of Tobacco Farmers Associations and Cooperatives (NAFTAC) with combined members of 45,000 tobacco farmers said the vape bill will regulate cigarette alternatives such as e-cigarettes and heated tobacco products and promote the utilization of local tobacco leaves.

“This will provide a big support to our local farmers who depend on the tobacco industry especially amid the pandemic,” Philippine Tobacco Growers Association (PTGA) president Saturnino Distor said, as he thanked the Senate and the House of Representatives for overwhelmingly passing the vape bill which encourages the manufacturers of these innovative smoke-free products to use locally-produced tobacco.

The vape bill will provide a regulatory framework to ensure that these products contribute revenues to the national coffers, according to Distor.

In a letter to President Rodrigo Duterte sent through Executive Secretary Salvador C. Medialdea on 13 January 2021, the PTGA asked for the signing of the vape bill into law to regulate the importation, manufacture, sale, packaging, distribution, promotion, use and consumption of e-cigarettes, HTPs and other alternatives to combusted cigarettes.

“The PTGA is pleading for the signing of the bill into law to ensure that there is an appropriate regulation for these new products,” PTGA said.

It said tobacco growers endured a number of challenges last year, including the higher excise tax imposed on tobacco which led to lower sales and farm production as well as the adverse effects of the pandemic on the economy.

Most vaporized nicotine products are currently imported from other countries to the detriment of local farmers. PTGA said the vape bill will encourage sourcing of raw materials from local farmers and even enable them to tap the export market.

“If the market for these alternative products will grow in the coming years, it will be better to have proper regulation. We also want to become a part of the growth potential of these new products, not only in the local industry, but also in the export market,” PTGA said.

Distor said his group believes that the Vape Bill will also ensure the collection of appropriate taxes from the new products. The same taxes that can support their livelihood.

In another letter to the President on January 22, 2022, NAFTAC said the vape bill will sustain the livelihood of tobacco farmers who are already struggling amid the pandemic.

NAFTAC president Bernard R. Vicente said the vape bill represents a new hope that they will be able to lift their families from the impact of the pandemic and the detrimental impact of the World Health Organization’s Framework Convention on Tobacco Control on the local industry.

Vicente said that with the help of the vape bill, they would be able to produce less harmful and more acceptable products for consumers.

“We hope that the vape bill will become a law to protect our livelihood and give us new tobacco products that are more acceptable and less harmful to health compared to traditional cigarettes. Manufacturers will eventually buy raw materials from us,” NAFTAC said.

NAFTAC said the vape bill will also provide job security to thousands of tobacco farmers in the Philippines.

“We ask our dear President to listen to the voice of the poor tobacco farmers and help us by signing the vape bill into law. This will secure the livelihood of tobacco farmers in the Philippines,” said Vicente.

“We believe that with proper regulation and government support, these modern nicotine products will allow us to contribute raw materials from tobacco. At present, they are mostly imported, and it is the farmers from other countries who take advantage of these opportunities,” PTGA said.

The Federation of Philippine Industries (FPI) earlier expressed its support for the vape bill to provide a pragmatic approach to address the smoking problem that affects 16 million Filipinos, with the help of less harmful alternatives.

“The enactment of the vape bill will provide a sweet spot for achieving the government’s revenue and health objectives,” said Dr. Jesus Lim Arranza, chairman of FPI, which is considered the largest umbrella group of 168 organizations and companies from various Philippine industries.

The bill seeks to combat illicit trade and promote a level playing field between and among foreign and domestic manufacturers, importers and exporters of vaporized nicotine and non-nicotine products. It ensures that only the Department of Trade and Industry-registered and Bureau of Internal Revenue-compliant products are allowed in the market, and requires the approval of the Food and Drug Administration for products with medicinal, therapeutic or reduced risk claims.

The vape bill aims to regulate e-cigarettes and HTPs as alternatives that can help 16 million Filipino smokers quit. The 2015 Global Adult Tobacco Survey shows there are 16 million smokers in the Philippines, including 76.7 percent who planned or thought about quitting, but only 4 percent were able to do so.