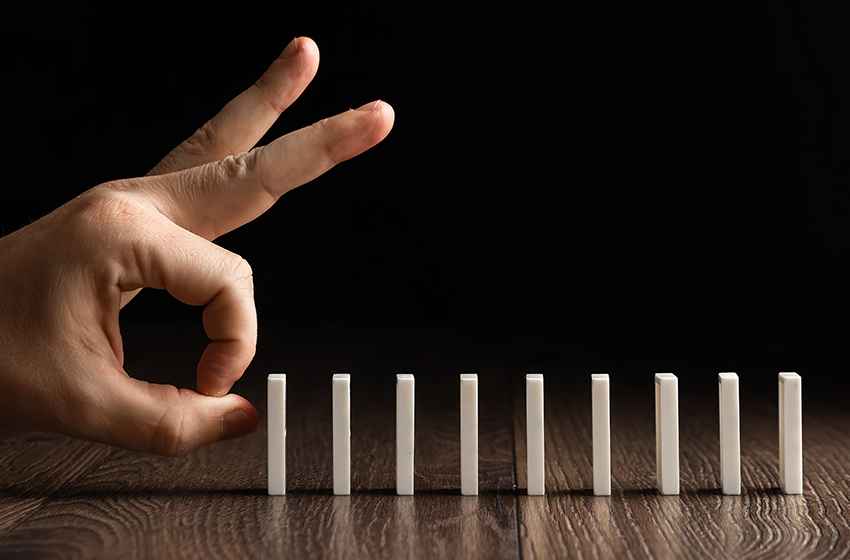 “Perfectly orchestrated criticism from youth and student organizations on the vaping legislation currently before the Philippines Senate proves that undue foreign influence and money continue to be an ongoing issue in the Philippines,” says Nancy Loucas, Executive Coordinator of the Coalition of Asia Pacific Tobacco Harm Reduction Advocates (CAPHRA).

“This latest well-timed supposed youth initiative against Senate Bill No. 2239 has the fingerprints of Bloomberg Philanthropies all over it. Their ridiculous claim that the ‘vape bill is anti-youth and anti-health’ is undoubtedly funded and driven out of America. All their baseless rhetoric is straight out the Bloomberg playbook. It’s very disappointing,” she says.

CAPHRA’s spokesperson says the timing of the latest foreign attack on domestic policymaking could not be worse. The Philippines’ Congress is currently demanding tighter measures against foreign interference.

The House Committee on Good Government and Public Accountability is calling for airtight policies to ensure foreign donors, such as Bloomberg, do not interfere in the country’s internal policymaking affairs.

“We are calling on Filipino Senators to see this latest well-funded and organised attack exactly for what it is: Unwanted foreign influence that the Philippines is now desperate to banish. Senators must reject this smear attempt forthwith,” says Ms Loucas.

CAPHRA says despite such despicable interference, the Philippines Senate looks set to approve the Non-Combustible Nicotine Delivery Systems Regulation Act. Also known as Senate Bill No. 2239, it aims to regulate the manufacture, use, sale, distribution, and promotion of vaping, as well as heated tobacco products (HTPs). 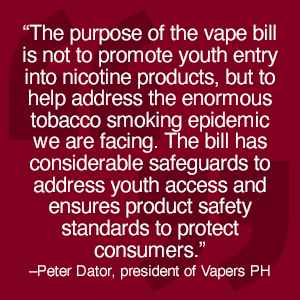 “The purpose of the vape bill is not to promote youth entry into nicotine products, but to help address the enormous tobacco smoking epidemic we are facing. The bill has considerable safeguards to address youth access and ensures product safety standards to protect consumers,” he says.

Mr Dator says Vapers PH wholeheartedly agrees that vaping should not be introduced to the youth. It believes the imminent 18-year-old purchase age will provide young Filipino smokers with a real chance to quit cigarettes before the deadly habit sets in.

“We want fair and risk-proportionate regulation for vaping relative to tobacco regulation. We would be happy to support the legal age to purchase vape products remaining at 21 if the legal age to purchase cigarettes was to rise to 21. However, by ensuring both are 18 means young adult smokers have equal access to safer nicotine products,” he says.

Mr Dator says nearly 90,000 Filipinos die from smoking-related diseases every year, and over 16 million continue to smoke. The vape bill will simply enable and encourage more smokers to switch to vaping – the world’s most effective smoking cessation tool that’s been scientifically proven to be 95% less harmful than combustible cigarettes.

“We urge youth organizations to acknowledge the science. Allowing the alternatives to be more accessible, and in this case, simply just as accessible, would serve public health so much better.

“Not everyone can quit cigarettes cold turkey. We should stop discriminating against those who need alternatives to quit. It’s time to end the ’quit or die’ stigma that has been detrimental to ending the tobacco smoking epidemic in the Philippines. This vape bill will ensure a brighter and longer future for our young people,” says Peter Dator.

“We cannot wait for the Senate to now approve this leading legislation in the Asia Pacific region on how to do Tobacco Harm Reduction well. Ignoring any vestiges of foreign influence, this vape bill will be both lifesaving and historic for the Philippines,” says Nancy Loucas.

Now live and boasting nearly 14,000 testimonials, CAPHRA is calling on those who’ve quit cigarettes through smoke-free nicotine alternatives to tell their story on www.righttovape.org