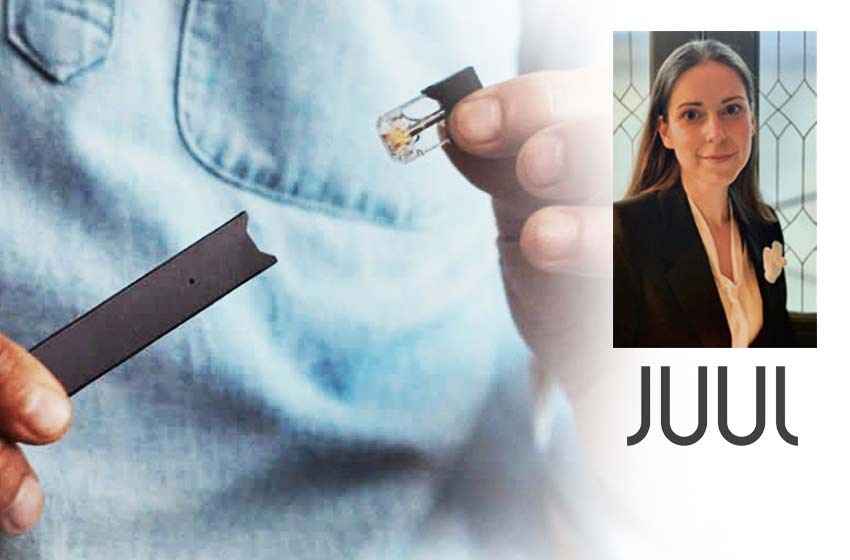 Characterizing the levels of harmful and potentially harmful constituents (HPHCs) in the aerosol of e-cigarettes is essential in determining the potential reductions in toxic exposure and associated health risks related to combustible cigarettes, according to Roxana Weil, senior director of product integrity and toxicology at Juul Labs.

Tobacco smoke is a highly complex mixture containing over 5,000 constituents, 93 of which have been identified in tobacco products and tobacco smoke or aerosol by the US Food and Drug Administration (USFDA) as HPHCs. HPHCs are linked to the most serious health effects of tobacco use, including cancer, cardiovascular and respiratory diseases, and reproductive effects,” Weil said.

Weil was one of the resource speakers during the In Focus: Tobacco Harm Reduction webinar organized by the Global Tobacco & Nicotine Forum (GTNF) Trust on April 27, 2021. The webinar featured public health, industry and public policy experts who presented “whole-of-government” and “whole-of-society” approaches similar to those adopted by the United Nations to evaluate the science on tobacco harm reduction products and to address the challenges and opportunities that lie ahead.

According to Weil, her experience with e-cigarettes and evaluating their potential to reduce toxic exposures and associated health risks compared to combustible cigarettes is primarily in the context of the regulatory pathway to market in the US, which requires a Pre-Market Tobacco Product Application. PMTA uses a public health standard that considers both current tobacco product users as well as nonusers, and ultimately involves a determination of whether the new product is appropriate for the protection of public health (PPH).

As the goal of this regulatory pathway is to reduce individual risk and more broadly the overall public health impact posed by the tobacco products available in the US market, demonstrating a new product as PPH in the context of a PMTA requires a comprehensive multidisciplinary approach, Weil explained. This involves, for example, information relevant to product chemistry, engineering, microbiology, toxicology, pharmacology, clinical studies as well as marketing materials among others.

“Since the HPHC list represents the chemicals identified by the FDA to be most representative of the health risks posed by tobacco products, a comparison between the HPHC levels in e-cigarette aerosol and combustible cigarette smoke is critical in determining the potential reductions in exposure and associated risks from use of these relative to smoke,” Weil said.

Weil and her team at JUUL Labs conducted a comparative health risk assessment of their company’s e-cigarette device brand JUUL and combustible cigarette. JUUL heats a proprietary e-liquid formula in replaceable cartridges that click into the top of the device. JUUL uses an intelligent heating mechanism that creates an aerosol and is engineered to minimize combustion.

Nine HPHCs are identified by the World Health Organization Study Group on Tobacco Product Regulation as playing a major role in combustible cigarette smoke toxicity and mandated for reduction in cigarette smoke. These include acetaldehyde, benzene, carbon monoxide, formaldehyde, among others. Among the nine constituents, seven are classified as known or probable human carcinogens by the International Agency for Research on Cancer and six are identified as respiratory, cardiovascular, and/or reproductive or developmental toxicants by the USFDA

Weil’s study found that seven of these most potent toxicants and carcinogens were absent in JUUL aerosols and two were substantially reduced, resulting in greater than 94% to 99% reduction compared to those found in cigarette smoke. “The marked decreases in the numbers and levels of these most hazardous constituents in JUUL aerosols compared to cigarette smoke support substantial reductions in subsequent exposures and associated cancer risks and non-cancer hazards from use of JUUL compared to cigarette smoking,” the study concluded.