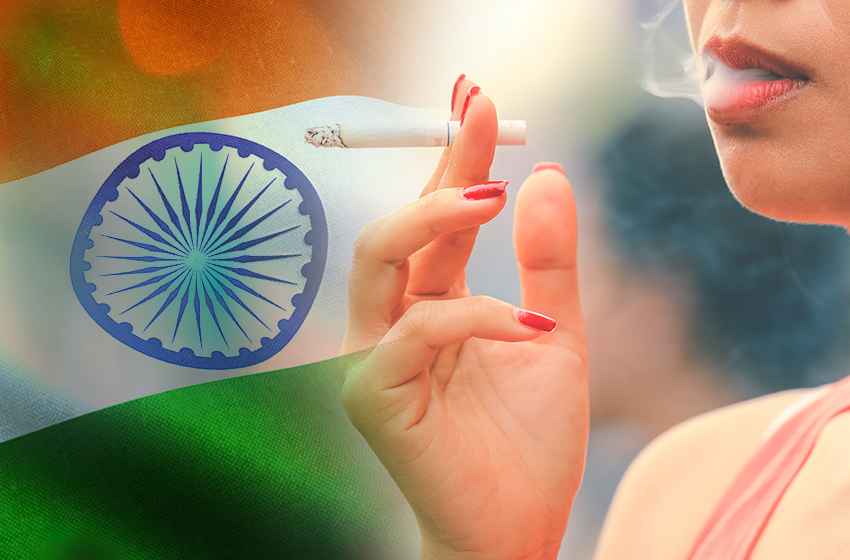 A neglected aspect of tobacco use in India is the alarming increase in urban women smokers despite the overall decline in consumption by the general population. While smoking risks are more evident today than 30 years ago, about 1.5 million women still succumb to smoking-related diseases globally each year.

Research findings show that the average age of initiation for smoking among women in India is from 8 to 15 years. Another large-scale study projected that while tobacco use among men in India would continue to decrease by 2025, women’s tobacco consumption would increase by 20 percent in the next five years.

Although smoking is interpreted as a predominantly male-centred issue, studies in the past decade also pointed to this trend in metropolitan cities. Unfortunately, women smokers suffer devastating effects from smoking—ranging from infertility and premature menopause to risks of birth defects, ectopic pregnancies and miscarriages, apart from infectious diseases like pneumonia, TB and cancers.

Despite such grave consequences, most women do not reveal their smoking habits even to their doctors, unless they have associated problems, let alone step into a health facility seeking help for de-addiction.

Dr Praddeep, a dental practitioner in Chennai, recalls how “only about four to five women patients” have discussed their smoking status with him throughout his career. He blames the unfair societal stigmatic sheath hovering over them, especially in India where women-related tobacco studies are focused almost entirely on smokeless tobacco use. Smoking among women remains largely unacknowledged even in the scientific literature because of the associated taboo.

Women replacing men on poster representations for smoking-associated lung cancer is an urgent recalibration needed to reflect the current scenario. Reports state that 80 percent of lung cancer deaths in women are attributed to smoking or second-hand exposure, along with environmental and indoor air pollution in low-income households.

Awareness programs and advertisements show men smoking with hardly any women represented when the reality is that the percentage of men smokers has decreased significantly, while women smokers have doubled in the last two decades.

What is causing the sharp increase?

Numerous studies show that women struggle more to quit the habit than men do. This could also be due to misconceptions about smoking, the popular ones being that it aids in weight loss, helps relieve stress, etc. On the other end, targeted marketing of “feminised” cigarettes such as slim, light, mild and flavoured cigarettes, deceive women to equate “light” to less harmful.

Misinterpretation, lack of awareness and the tobacco industry’s misleading marketing have led to an increase in new women smokers, expanding their profits by jeopardizing the users’ health and finances. Women tend to believe that by practicing social or light smoking, they discount themselves of the harm it causes. Exposure to smoking also comes from being influenced by fathers, brothers, husbands, friends, boyfriends, co-workers, etc., aided by the false notion of equating smoking with gender parity.

Considering these factors, it is no surprise that smoking cessation among women is a path full of resistance. Despite various efforts by the government, healthcare systems and non-government organizations, the current smoking trends are cause for despair. Perhaps, the success in reducing tobacco-related death and illnesses rather lies in advocating tobacco harm reduction than abrupt cessation, which usually ends up in management failure and leads to relapse. Flared-up smoking after a certain period of absolute abstinence tends to be high.

While nicotine replacement therapy (gums and patches) options are available for smoking cessation, safer alternatives can help address the needs of those who either do not wish to quit or for whom gums and patches are not effective. Many policy measures and laws exist with the aim to modify smoking behaviour, but gender-disaggregated policies are yet to be formulated and implemented. Women-specific deaddiction programs and rehabilitation centres are currently underdeveloped in India.

The availability of gender-based medical management, counselling and follow-up are essential to curbing the increase in women smoking. To find a way out of this deepening health crisis, developing easily accessible and affordable modes of management catering to women of all ages, status and regions needs to be planned, keeping in mind their comfort and securing their confidentiality.

The authors are faculty at Tagore Medical College, Chennai, and founding members of Association of Harm Reduction Education & Research (AHRER), a pan-India body of medical professionals.