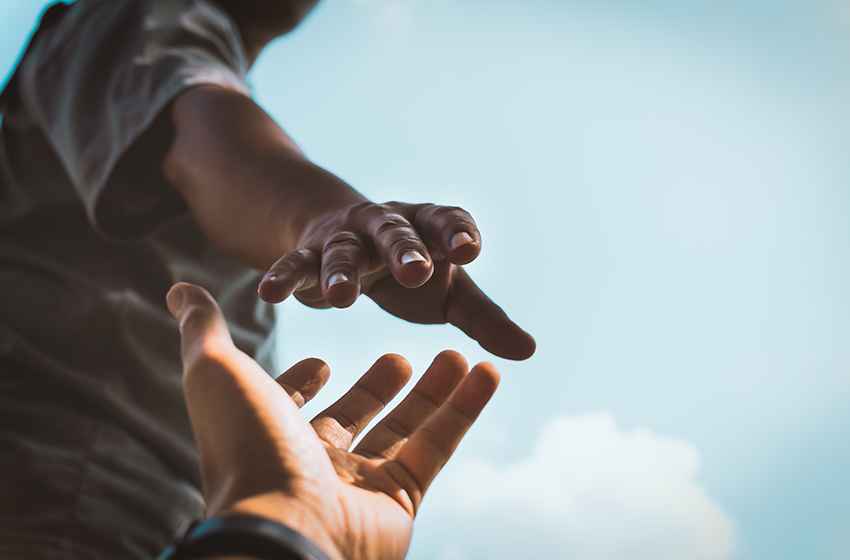 Philanthropy’s role is to get things started, to make market forces work in favor of the poor.  A well-targeted philanthropic activity triggers action from both business and government.  That’s how tech mogul and billionaire Bill Gates defines the good work of capitalism and its intended outcomes.

What makes Gates credible in putting forth the agenda of philanthropy is that he is no tycoon-cum-politician like the discredited former US President Donald Trump and former presidential candidate and New York City mayor Michael Bloomberg who apparently have overriding motives than the public good.

But as the largely unremorseful Trump eventually found himself in the dust bin of history, Bloomberg still keeps a busy-body routine and is passionately advancing his social agenda (or what passes for it).

With a multibillion-dollar net worth, he was the wealthiest person to run for president in US history. The tycoon-politician was worth a staggering $59 billion, according to Forbes’ real-time net worth tracker as of 16th March 2021, making him the 21st richest person in the world.

Bloomberg earned his fortune through his financial information and media company Bloomberg LP, which he co-founded in 1981.  He owns 88 percent of the influential company, according to Forbes.

With the presidential contest finally over and Joe Biden firmly seated as US president, politicians with failed candidacies returned to minding their respective businesses and resumed their pet philanthropic projects.

But how does Bloomberg’s philanthropy square with Gates’ definition? It doesn’t because it is the contrary.

For instance, the then-presidential candidate announced his intention to ban the sale of all flavored electronic cigarettes should he win the top post in the White House. The former mayor of New York City even vowed to go beyond the Trump administration’s ban on most e-cig flavors.

In particular, Bloomberg promised to direct the FDA to prohibit the sale of all flavored e-cigs, as well as all menthol-flavored tobacco products and push to reduce the amount of nicotine in traditional cigarettes, e-cigs and other tobacco products to non-addictive levels.

Bloomberg’s push for prohibition was given fresh impetus in 2019 with new data showing another sharp rise in the number of teens experimenting with vaping, spurring him to spend $160 million on a nationwide campaign to ban flavored vaping products.

But when questioned on his reasoning for e-cig prohibition, Bloomberg was often at odds with the facts. For example, he curiously claimed that vaping could reduce a child’s IQ by 10 to 15 points. When asked to cite the basis or evidence for this extraordinary claim, Bloomberg was stumped.

Should Bloomberg get his way, it could represent the most significant federal prohibition since the Volstead Act of 1919.

What makes his prohibition especially insidious is that e-cigs are not just for pleasure but represent an innovation that actively promotes public health. Nearly 500,000 Americans die every year from smoking-related diseases, a death toll that eclipses those caused by other substances such as opioids or alcohol.

But Bloomberg, like many other vaping objectors, fails to acknowledge the significantly reduced harm when smokers transition to vaping, which numerous studies show to be significantly safer than smoking.

For example, 6.6 million premature deaths could be prevented over 10 years if every adult smoker switched to vaping, according to a study by the Georgetown University Medical Center researchers.

That’s because the health risks of e-cigs are unlikely to exceed 5 percent of the risks of combustible cigarettes, says the Royal College of Physicians in the UK.

Not only would Bloomberg’s proposed ban harm adults who have switched away from smoking, but it would also barely make a dent on the problem it seeks to address.

It has been established that the top reason for youth use (like anything else), was quite curiosity, followed by peer influences.

The prospect of prohibition presents additional perils. The outbreak of lung illnesses and deaths associated with bootleg THC vape cartridges presents a classic case of the harm of prohibition.

As a state policy, prohibition historically yielded a net increase in societal harm. In the past 100 years, America has experimented with major prohibitions, such as those of drugs and alcohol.

Both yielded the same outcomes—black markets and bootleg products, corruption, violence, and even deaths.

These lessons may have been lost on the bungling billionaire, but it’s imperative for more pro-active policymakers to avoid repeating past monumental mistakes especially with a product which, if allowed to flourish, could help make the traditional cigarette passe and produce dramatically favorable public health outcomes for millions of people.

Bloomberg’s Philanthropies’ core principles are anchored on direct policy intervention, rather than on the positive engagement of stakeholders in recipient countries.

In the Philippines, for instance, private foundations and church charity arms are the usual funnels for aids and grants for socio-economic interventions.

But who did Blomberg’s philanthropic arms tap in the country?It’s not a foundation, an NGO, PO or church organization.

It is a government agency itself, an arm of the Department of Health. The Food and Drug Administration (FDA) to be exact.

Now, if you are a billionaire tossing supposed excess cash to a state regulatory agency, then your motives are suspect at the very least or outright sinister.     That’s why consumers, academics, and some political leaders are up in arms against such an intrusive, collusive, and detrimental philanthropic posturing.

For instance, a regional group of tobacco-harm reduction advocates cautioned governments of low and middle-income countries not to succumb to the ploy of vested interest groups dangling money in exchange for policies that restrict and even ban alternative nicotine products which were found to be much better options for smokers than cigarettes.

The Coalition of Asia Pacific Tobacco Harm Reduction Advocates said some public health experts have in fact raised concern over the activities of groups such as Bloomberg Philanthropies in offering grants or technical assistance to influence the formulation of policy and decisions of regulatory agencies on tobacco control, especially in LMICs.

CAPHRA is a regional alliance of consumer tobacco harm reduction advocacy organizations. Its mission is to educate, advocate and represent the right of adult alternative nicotine consumers to access and use of products that reduce harm from tobacco use.

“Government should keep away from such foreign special interest, grant-for-policy schemes which might compromise the rights of local consumers to choose better products for their health,” Loucas said.

She cited the case of the Philippines where two congressmen filed a resolution calling for a legislative inquiry into reports that the local Food and Drug Administration received money from Bloomberg foundations in exchange for certain policies against non-combustible nicotine products, such as electronic cigarettes and heated tobacco products.

“It is all the more appalling that these foreign lobby groups use their financial power to push their ideological agenda around the world while completely ignoring the local needs and choice of people that are simply looking for better options than cigarettes,” said Loucas.

CAPHRA said consumers in LMICs would eventually pay for the cost of grant-for-policy schemes if authorities would allow the illegal practice to continue.

“We encourage consumers to remind their governments to resist pressures from vested interest groups that are trying to influence local policy using money or grants especially in developing nations which would deprive consumers of their rights for better health,” Loucas said.

We should look to India, the world’s most populous democracy to lead us out of the Bloomberg spell.

Nicotine Consumers Union of the Philippines Inc. president Anton Israel said that in India, NGOs are mandated to report and fully explain the use of foreign grants.

“It is important that authorities are informed properly about the purpose of foreign grants and how such funds are being used in the country to promote national interest.  NGOs are supposed to be partners of the government in nation-building, and not as conduits of foreign organizations,” Israel said.

India banned more than–get this–14,500 NGOs over the past five years, including four groups that received foreign grants from Bloomberg Philanthropies which are reportedly involved in tobacco-control lobbying.

India canceled the FCRA licenses of thousands of NGOs for reportedly acting against India’s national interests, misreporting donations, and lobbying against an established economic activity which raises multiple economic and social concerns.

Under India’s law, an NGO or academic center needs to register with the Ministry of Home Affairs to receive foreign funds and submit an annual income and expenditure statement on foreign funding.

“The Bloomberg foundations have different channels in the Philippines that promote prohibitionist policies that put at a disadvantage Filipino smokers who want to try less harmful smoke-free alternatives or non-combustible nicotine products,” Gallardo noted.

He said recipients of funds from Bloomberg and other foreign organizations should fully explain how they use the money to remove the suspicion that they are trying to interfere with government policies.

In October 2020, officials of the FDA confirmed in a public hearing that they received grants from Bloomberg’s foundations.

The Union, which has co-managed the Bloomberg Initiative to Reduce Tobacco Use Grants Program, confirmed on its website that it has been working with the DoH since July 2010 to “develop and promote legislation and policies that comply with the Philippines’ commitments under the Framework Convention on Tobacco Control, including Article 6 on implementing tax and price measures to reduce the demand for tobacco.”

In December 2020, Deputy House Speaker Deogracias Victor Savellano, representing Ilocos Sur’s First District and Nueva Ecija First District Rep. Estrellita Suansing, filed a resolution directing the House Committee on Good Government and Public Accountability to conduct an inquiry, in aid of legislation on the alleged “questionable” receipt of private funding by the FDA in exchange for the issuance of specific and predefined policies against a legitimate industry under Philippine laws.

Gallardo said the acceptance of grants by the FDA from Bloomberg’s foundations was a serious breach of national interest because the FDA at that time was supposed to issue the implementing guidelines for the implementation of Republic Act  11467 and Executive Order 106 that allow but regulate the sale, distribution and taxation of vapor and HTPs in the Philippines which are considered better alternatives to conventional cigarettes.

“These are laws passed by Congress and signed by the President that a foreign lobby group tries to diminish by influencing the FDA in crafting the implementing guidelines. No wonder, the FDA issued an initial draft that looks like it wanted to ban e-cigarettes and HTPs altogether,” he said.

“It is an example of a foreign grant from an organization that tries to influence the decision of the FDA against vaping, which has helped thousands of Filipino smokers quit,” Gallardo said.

He said the legislative inquiry is a perfect opportunity for the House of Representatives to also discuss possible legislation that requires all NGOs to submit annual reports on the receipt and utilization of foreign grants to make sure that these funds would not be used against national interest.